The International Criminal Tribunal for Rwanda (ICTR) has confirmed that Protais Mpiranya, one of the main perpetrators behind the genocide against the Tutsi ethnic group in 1994, is dead.

The ICTR in a statement said: "Following a challenging and intensive investigation, the office of the prosecutor had determined that Mpiranya, who was a major in the former Rwandan armed forces, died on October 5, 2006 in Harare, Zimbabwe." He was considered an influential figure during the Genocide against the Tutsi.

He commanded the Presidential Guard, an elite unit that took charge after the death of former president Juvenal Habyarimana on the night of April 6, 1994, and is blamed for the slaughter of top politicians as the genocide unfolded.

Mpiranya is the last of the major fugitives indicted by the ICTR, others being Augustin Bizimana, who was confirmed dead in 2020, and Félicien Kabuga who was arrested in Paris the same year.

After years of denial, the Zimbabwe government in September 2012, admitted that Mpiranya could be hiding there and using various assumed names that include Theophase Mahuku and James Kakule to evade arrest, reports Hudson Kuteesa for New Times. 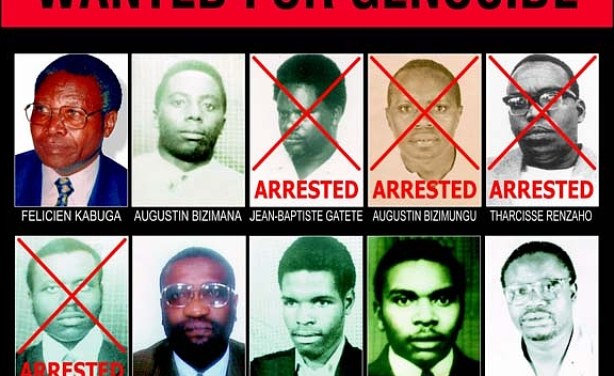 This wanted poster shows Protais Mpiranya - bottom row, second from right - a former Rwandan army official, who was accused of taking part in the 1994 Genocide against the Tutsi (file photo).