More than 131,000 children suffer from chronic malnutrition in the central province of Manica, Firmino Jaquet, the spokesperson for a meeting of the Manica Provincial Executive Council has said.

"Chronic malnutrition does not depend only on a single factor. The province may have a lot of produce. But people don't always consume what they produce. If they consume, it may not be in the right way. Others produce and sell everything. There is also a lack of the right combination to have a healthy diet", Jaquet said.  He also noted that there are drought-stricken zones with many cases of chronic malnutrition. "We also have child marriages and poverty. So, these are several factors to take into account when we talk about chronic malnutrition", Jaquet said while addressing a press conference in the provincial capital, Chimoio.

Although the figure is alarming, it is a reduction on 2013 when the province had about 150,000 chronically malnourished children, corresponding to 42%  of all children. However, 131,000 still represents 37% of children under the age of five in the province.

Since the start of 2022, the country has been battered by five tropical storms and cyclones along its northern coastal areas. These have affected thousands of families, including refugees and people internally displaced by ongoing violence in the northern province of Cabo Delgado - illustrating once again how the effects of climate change interact with many of the root causes of displacement, resulting in malnutrition. 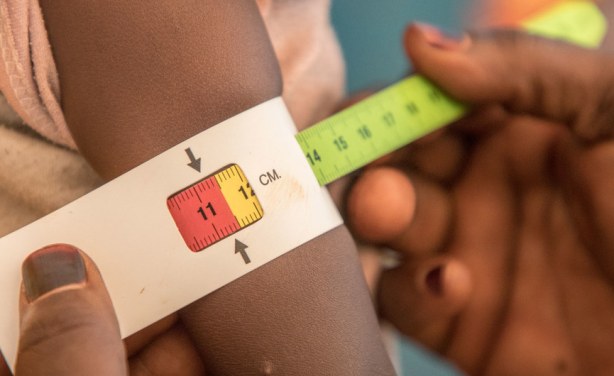