With food prices rising and shortages spreading, Africa is bearing the major burden of a global crisis. Most of the world's undernourished people live in areas with conflict, and most of those are in Africa. Countries most affected include the Democratic Republic of the Congo (DRC), Ethiopia, Nigeria, South Sudan and Sudan.

As this month's president of the UN Security Council, the United States convened a debate chaired by Secretary of State Antony Blinken focusing on how conflict, food security and the war on Ukraine exacerbate food insecurity. "The war in Ukraine is now adding a frightening new dimension to this picture of global hunger," Secretary-General António Guterres told the Council, as he outlined four actions needed to break "the deadly dynamic of conflict and hunger."

During a meeting with foreign ministers from 10 African countries, Blinken pledged increased U.S. assistance to address "the greatest global food security crisis of our time" and urged other donors to increase their contributions. On May 20, the African Development Bank approved a $1.5 billion facility to help African countries by providing support for smallholder farmers to rapdily boost production. 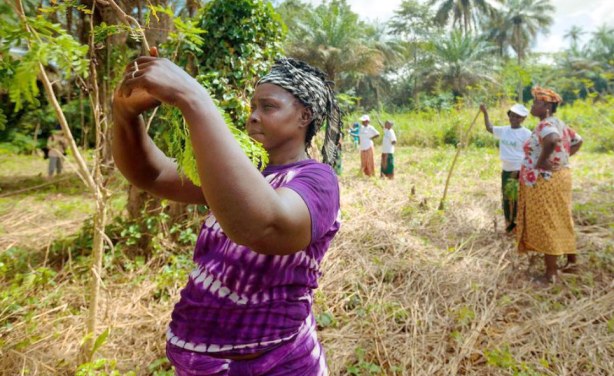 A women's cooperative in Guinea has planted vitamin-rich Moringa trees which provide dietary supplements as well as supporting biodiversity and preventing soil erosion. 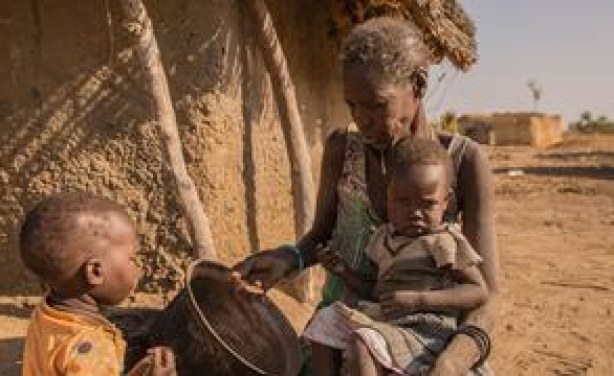 A mother giving sorghum porridge to her children. A growing number of children in South Sudan’s Northern Bahr el Ghazal and Warrap have only one meal per day.