In a statement, The Darfur Bar Association says that it has documented pictures of mercenaries in cafes and in the streets and valleys of Um Dafug, and has heard testimony from relatives of people in South Darfur who were allegedly killed by Wagner mercenary elements in the border areas with CAR.

Sudan is the second largest gold producer in Africa. The production however is often driven by unregulated, artisanal mining, and routine gold smuggling across international borders is a constant problem. Estimates are that between 50% and 80% of Sudan's gold is smuggled out of the country. It is also suspected that proceeds have been used to finance the internal conflict. 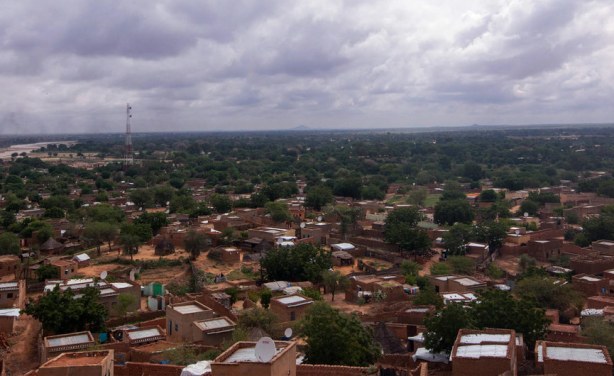 A panoramic view of al Geneina in West Darfur, Sudan.