The two were paired for the big debate, but Odinga pulled out at the last minute saying he could not debate Ruto because "he has no regard for ethics, public morals, or shame".

The Azimio La Umoja-One Kenya secretariat had indicated that Odinga would not attend the debate but would instead participate in a televised town hall meeting at Jericho Social Hall.

Ruto maintains that the handshake deal between President Uhuru Kenyatta and former opposition chief, Odinga, is to blame for the current high cost of living, Capital FM reports. 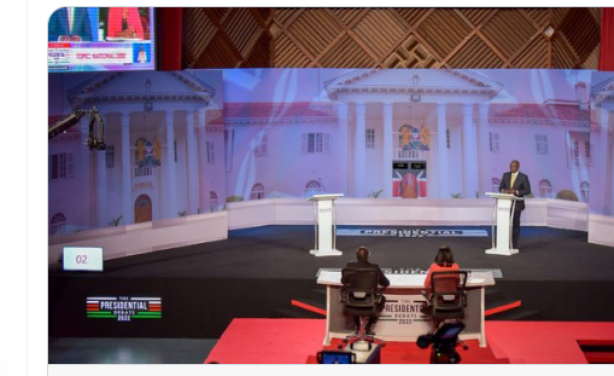