President-Elect William Ruto says he will not interfere with outgoing president Uhuru Kenyatta's retirement and will accord him the respect he deserves.

Speaking during a press conference soon after the Supreme Court verdict validating his win, Ruto said his administration would recognise in full the now-established tradition of honouring leaders who have served the nation.

The Kenya Kwanza Alliance leader said he would be making a call to the head of state to begin talks on the succession process while revealing that he has not talked with him for months.

Ruto said he would also be reaching out to his main rival Raila Odinga whom he described as a worthy competitor.

He however clarified that he would not accept a handshake with anyone - referring to a handshake between Kenyatta and Odinga that changed the political landscape in Kenya.

While Ruto has been called twice by Ugandan President Yoweri Museveni, outgoing president Kenyatta has not formally congratulated him. 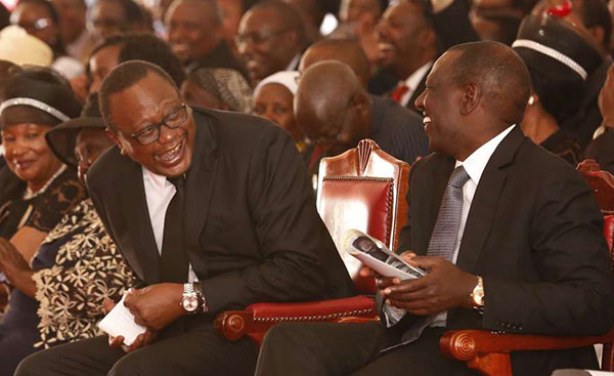 Charles Kimani/Office of the Deputy President