A new party won the most votes in legislative elections in Lesotho on October 7, 2022 - but it fell short of securing a parliamentary majority that could have ended a long-running political gridlock, Al Jazeera reports.

According to final results published by its electoral commission on Monday October 10, 2022 , the Revolution for Prosperity, a party set up only six months ago by millionaire businessman Sam Matekane, won 56 out of 120 seats in parliament.

The Democratic Congress party led by Mathibeli Mokhothu came in second securing 29 lawmakers, according to the Independent Electoral Commission. The All Basotho Convention party, which led the outgoing government, suffered a sharp drop in support, securing only eight seats. 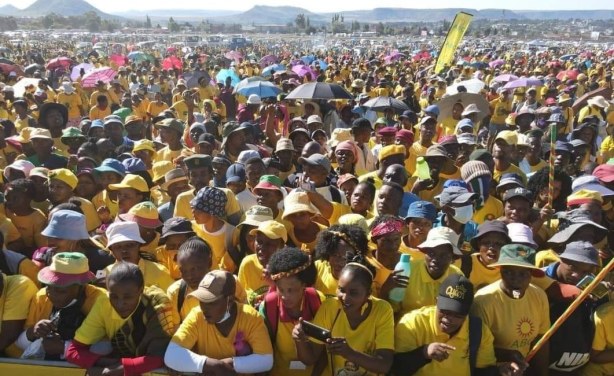 Supporters of the All Basotho Convention, one of the more popular parties contesting the 2022 polls.