Tigrayan and federal government negotiators have arrived in South Africa for African Union-led peace talks. The discussions are aimed at finding a peaceful solution to the country's two-year war.

Prime Minister Abiy Ahmed, who sent troops into Tigray in November 2020 promising a quick victory over the northern region's dissident leaders, said last week the war "would end and peace will prevail."

The return to the battlefield in August halted desperately-needed aid into Tigray, a region of six million that lacks food, medicine and other life-saving essentials as well as basic services. Tigray has been under a communications blackout for over a year, and independent reporting from the region has been heavily curtailed.

The UN Security Council held a closed-door meeting on Friday to discuss the spiralling conflict and growing fears for civilians caught in the crossfire. The US envoy to the United Nations, Linda Thomas-Greenfield, said after the talks that thousands of Ethiopian, Eritrean and Tigrayan forces were engaged in active combat.

The AU's Peace and Security Council, its foremost conflict resolution body, also met for the first time Friday since the fighting resumed in August.

In a statement, the 15-member council welcomed "the mutual commitments to genuinely participate in the peace process" and hoped for a "fruitful outcome". 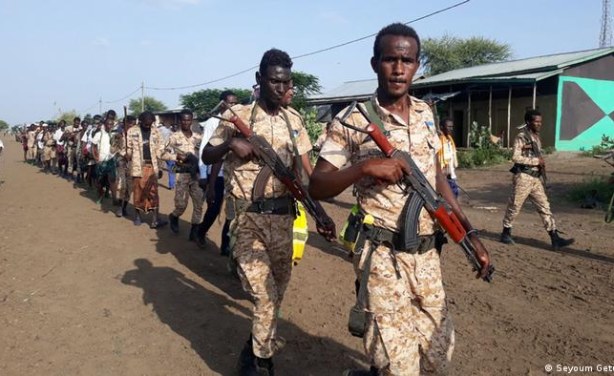