Cameroon's Champion Who Pushes for Women's Land and Forest Rights

Cécile Bibiane Ndjebet is a veteran Cameroonian activist who was recently named a Champion of the Earth - the UN's highest environmental honour. Ndjebet is an agronomist who works to improve women's rights in the region and actively fights for the rights of women to own agricultural and forest land. She also works to preserve her country's forests, and improve the lives of people who depend on them. Ndjebet was recognised for her efforts in repairing the damage from deforestation, drought in wetlands, and excessive river pollution.

Throughout her career, Ndjebet advocated for women's roles in forest management and equal rights to forest land and resources. Women are among those most affected by climate-related insecurity, yet they are rarely included in conversations about it. Due to long-standing social conventions and traditional gender norms, women suffer more than men.

Ndjebet spoke to allAfrica's Melody Chironda on what she has been trying to do to improve women's access to decision-making, and gender inequality, and what it would take to strengthen women's land rights. 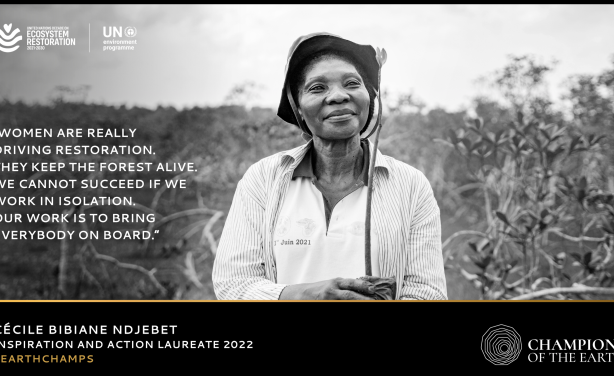