The United Nations Biodiversity Conference (COP15) ended in Montreal, Canada on December 19, 2022 with a landmark agreement to guide global action on nature through to 2030. Representatives from 188 governments have been gathered in Montreal for the past two weeks for the important summit.

Negotiators also agreed to manage the remaining 70% of the planet to prevent losing areas of high importance to biodiversity and to ensure that big businesses disclose biodiversity risks and impacts from their operations.

During COP10, governments agreed to strive for ambitious targets by 2020, including halving natural habitat loss and implementing plans for sustainable consumption and production. But none of these targets were fully met, according to a 2020 UN report.

However, nations at COP15 fell short of explicitly recognising Indigenous peoples' lands and territories as a separate category of conserved area, which ultimately threatens their rights. Amnesty reports that despite safeguards in the document, a number of Indigenous peoples remain opposed to calls to expand protected areas, given the appalling abuses that are committed in such areas in many countries. 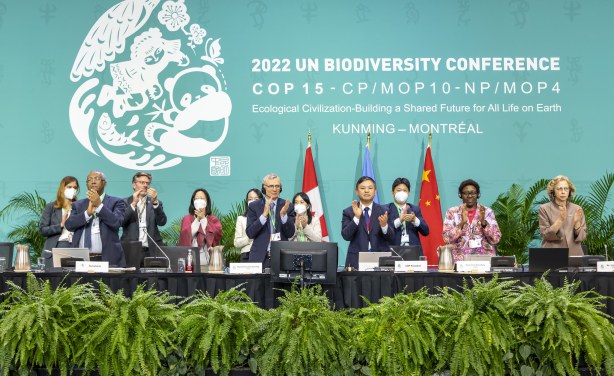 Delegates applaud the adoption of the Kunming-Montreal Global Biodiversity Framework on December 19, 2022.