Less than four months after the first case was confirmed in the Uganda's central Mubende district on 20 September 2022, the outbreak has ended. During that time, there were 164 cases (142 confirmed and 22 probable), 55 confirmed deaths, and 87 recovered patients.

Over 4,000 people who came in contact with confirmed cases were followed up and their health was monitored for 21 days. The last patient was released from care on 30 November 2022 when the 42-day countdown to the end of the outbreak began.

Uganda's Minister of Health Jane Ruth Aceng Ocero said her department put a swift end to the Ebola outbreak by ramping up key control measures such as surveillance, contact tracing, and infection, prevention and control. She applauded the communities across the nine affected districts who understood the importance of doing what was needed to end the outbreak and took action.

This Ebola outbreak was caused by the Sudan Ebolavirus, one of six species of the Ebola virus against which no therapeutics and vaccines have yet been approved. 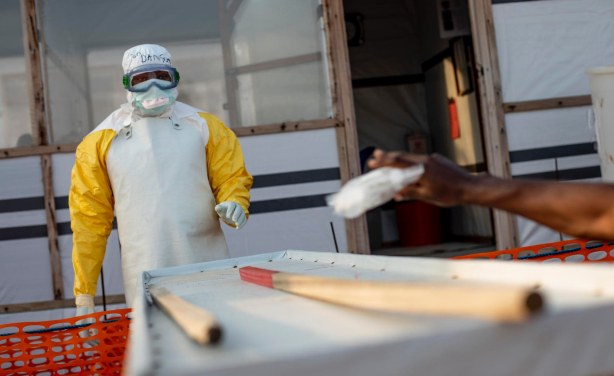 MSF medical staff in protective gear on a shift in the high-risk zone to check people with suspected cases of Ebola. (file photo).