Frene Ginwala has passed away at the age of 90. According to a statement by South Africa's parliament, the country has "lost one of the foremost iconic leaders of our struggle for liberation, one of the pre-eminent midwives to our constitutional democracy and founding Speaker in our democratic Parliament".

While Shireen Hasim for The Conversation Africa, recalls her as a "feisty feminist, astute political tactician and committed cadre of South Africa's governing African National Congress. "In a country blessed with exceptional leaders, Ginwala must surely count among the best".

"Typically for her, but unusually for the ANC leadership, she will be laid to rest in a private ceremony. While she was modest about her achievements, she has left an indelible mark on South Africa's Constitution and democratic institutions". 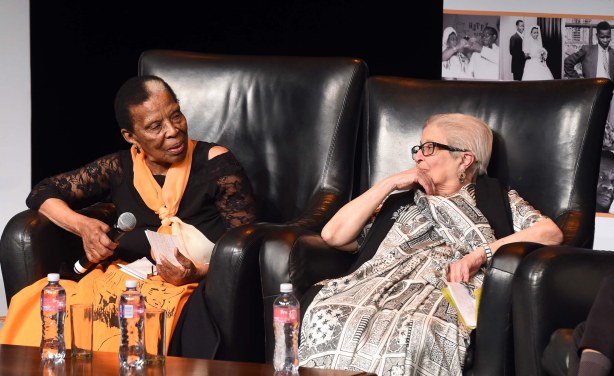 Mama Getrude Shope and Dr Frene Ginwala, right, during the OR Tambo and Thabo Mbeki Foundation Women's Month Dialogue at the Market Theatre in Newtown, Johannesburg in 2017.