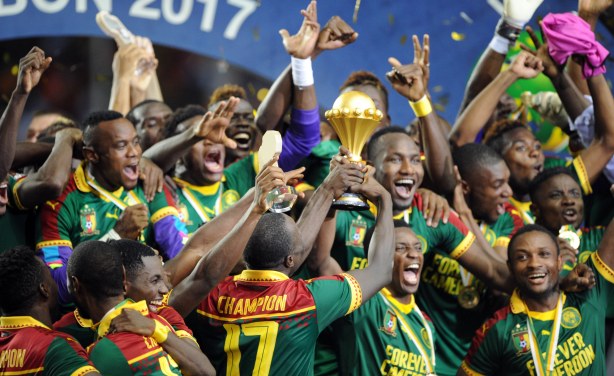 Cameroon celebrates winning the finals of the Africa Cup of Nations 2017 in Gabon.