Where Does Power Reside in Morocco?

The people of Morocco have been without a government for almost six months. Now the political stalemate has finally ended. Morocco's new Prime Minister has agreed to form a coalition government with five other parties. Saad-E-deen El Othmani was appointed by King Mohamed the Sixth last week after sacking his predecessor. The charismatic and popular Abdlelilah Benkirane failed to form a government since his PJD party won most seats in last October's election. Now that a new administration is being formed, how much influence will the coalition government have in a system where the king retains ultimate power? Presenter: Martine Dennis Guests: Driss Maghraoui, Associate Professor of History, Politics and International Relations at Al Akhawayn University in Ifrane. Samir Bennis, Moroccoworldnews.com. Mohammed Masbah, Associate Fellow, Middle East and North Africa Programme at Chatham House. 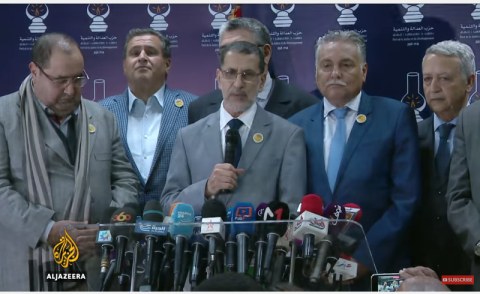