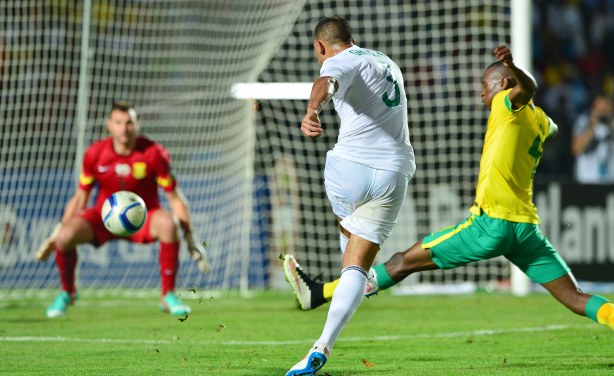 Faouzi Ghoulam of Algeria put his team in the lead when he scored against South African goalkeeper Darren Keet. 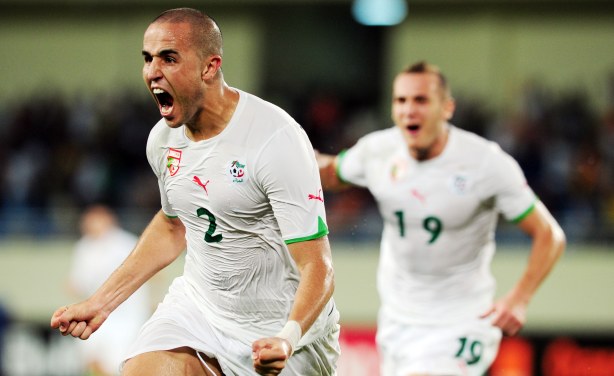