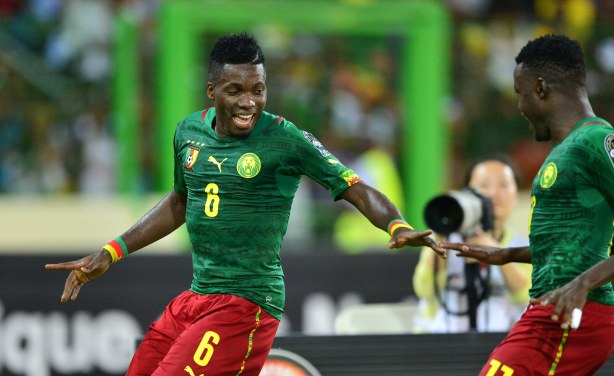 Midfielder Ambroise Oyongo celebrates after showing his class with a well-taken goal for Cameroon on Tuesday night. 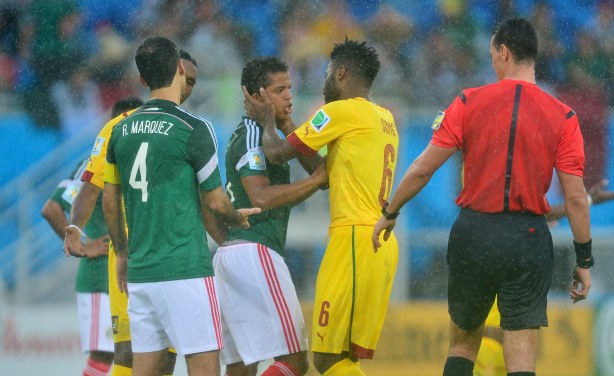 Alexander Song apologises for a foul in Cameroon's clash with Mexico.