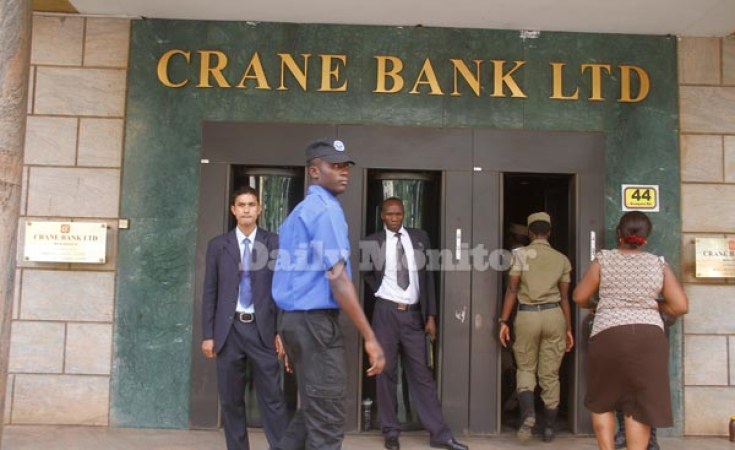 Kampala — The controversy over the tenancy agreement between URA and Meera Investments limited yesterday took a dramatic turn when Mr Nobert Mao (Gulu Municipality) insisted that Brig. Jim Muhwezi, Minister of state for primary education is linked to Meera investments, owners of Customs House, through his joint partnership of Crane Bank Limited with Sudhir Ruparelia.

In a related development outside parliament, Muhwezi confessed to journalists that he did have shares in the Bank. "It is true I have shares in Crane bank but it is a separate legal entity. My conscience is absolutely clear on this matter; I did not directly or indirectly influence the contract and I am willing to go all the way to defend my position on this matter," Muhwezi said.

In a tense session chaired by deputy Speaker, Betty Okwir and attended by over 20 cabinet ministers, MPs shouted down Muhwezi when he interrupted Mao on a point of order seeking to restrain him from making further allegations.

Muhwezi last week made a statement to the House denying that he influenced the awarding of the 20- year URA rent contract to Meera. Several members including Patrick Kiggundu (Kyotera), Manuel Pinto (Kakuuto), Winnie Byanyima ( Mbarara municipality) and Absolom Ongom (Omoro) asked for suspension of rules to re-debate the Customs House saga but the Speaker referred the matter to the Rules Committee to report back to Parliament on November 18. Mao yesterday told an attentive House that, "I can prove that the Honourable Jim Muhwezi is a partner of Mr. Sudhir Ruparelia and of Meera Investments Limited. The Link which is clear and unambiguous is through Crane Investment Bank Limited".

He further said, "I have documents here which show that Honourable Jim Muhwezi owns shares worth 200 million Uganda Shillings in the Crane bank". He laid the documents which included an annual returns sheet of Crane bank signed by Muhwezi as a partner, on the table of Parliament.

They are deposited with the Speaker. Earlier, the Minister of State in Charge of Political Affairs, Medi Kaggwa also made a personal statement denying any involvement in the Customs House deal.

Kaggwa who was URA Board Secretary when the 20-year contract worth 60m/= a year was signed, said "I was not in the board meeting on September 25, 1995, which authorized the Meera Investments contract.

The decision was made in the presence of the board's official appointed lawyer and in my absence". He added that he was required by law to co-sign all URA contracts.

Maj. John Kazoora (Kashaari) asked Muhwezi to retract the letter, the latter had written, asking the Disciplinary Committee to take action on Mao for failing to substantiate his allegations about Muhwezi, amid foot stamping. Outside parliament, Brig.

Muhwezi, however, strongly denied any involvement in the Meera/URA contract. He said his association with Sudhir was honest and strictly on business matters.

Mao had alleged that Muhwezi turned to Sudhir as a business associate after the latter had been released from prison on charges of attempting to bribe Muhwezi.

"I am the one who arrested Sudhir; he attempted to bribe me with $100,000 and I refused". He added, "When, however, Sudhir came out of prison, he apologized to me and since I was looking for where to invest my money, I put it in the bank he had just opened and I see nothing wrong with that. I have a right as a Ugandan to invest anywhere I wish". Mao charged that Plot 1 (Customs House) on Parliament Avenue is a recent acquisition of the Sudhir business empire.

" For a long time, there was a caveat by the government on the property. I wish to use the privilege of this House to ask the Minister of Finance to categorically state under what circumstances the caveat was lifted hence facilitating acquisition by Meera."

Bank of Uganda Grilled on Missing Assets of Closed Banks
Tagged:
Copyright © 1997 New Vision. All rights reserved. Distributed by AllAfrica Global Media (allAfrica.com). To contact the copyright holder directly for corrections — or for permission to republish or make other authorized use of this material, click here.