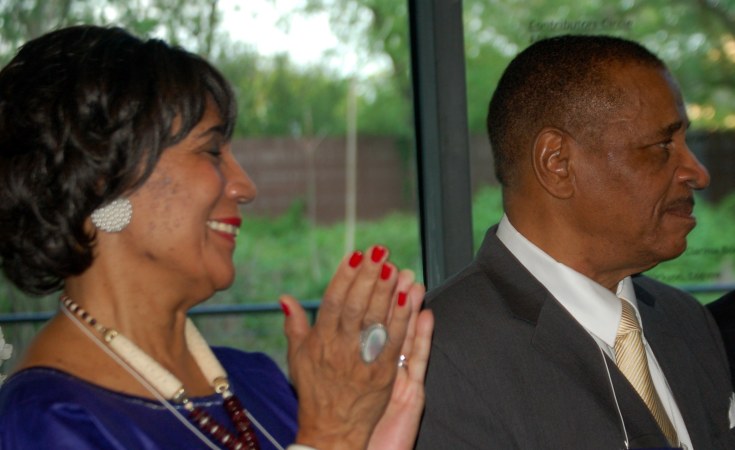 Washington, DC — C. Payne Lucas, who for three decades spearheaded the growth of the aid and development organization Africare, has become senior advisor to AllAfrica Global Media and the AllAfrica Foundation.

Lucas, who retired as Africare president in 2002, is working with AllAfrica's senior management on a series of strategic initiatives to maximize the impact and ensure the sustainability of both the media company and the foundation. "C. Payne brings exceptional assets to our team," says Reed Kramer, AllAfrica's chief executive. "Despite AllAfrica's remarkable growth in audience and impact, we are far from achieving our goals. C. Payne will help us get there."

During a 40-year career, including ten years at the Peace Corps during the 1960s, Lucas has been recognized for outstanding work by successive American presidents and heads of state throughout Africa. His honors include the National Orders of Benin, Cote d'Ivoire, Niger, Senegal and Zambia and the 1984 U.S. Presidential End Hunger Award for Outstanding Individual Achievement "in the effort to achieve a world without hunger."

"The work AllAfrica is doing is vital for Africa, " Lucas says, adding that he had decided to become involved "after serious discussions with many people" following his retirement from Africare. "The free flow of information and the sharing of knowledge is critical for economic development, the growth of democracy and transparency," he says. "Africa urgently needs what AllAfrica can provide - and AllAfrica needs resources to reach its potential."

AllAfrica Global Media, a multi-media content service provider and the largest electronic distributor of African news and information worldwide, operates the most popular Africa destination on the Internet, allAfrica.com, serving over 11 million monthly page views (over 65 million 'hits' a month). In 2003, the site was nominated for the second year in a row as Best News Site of the year by the International Academy of Digital Arts and Sciences, alongside the news sites of the BBC, MSNBC and Google. AllAfrica operates from offices in Lagos, Johannesburg and Washington, DC.

In three years of operation, AllAfrica has become widely regarded as the source-of-record for news and information about Africa. It has created a global voice and a revenue stream for over 100 African news organizations and developed a pioneering technology system to democratize access to sophisticated tools and unlock the power of the Internet for development.

The AllAfrica Foundation, a tax-exempt 501(c)(3) organization registered in Mauritius and the District of Columbia, was founded for three purposes: to focus global public and policy attention on critical issues for African development; to support the growth of independent African media; and to provide skills and training for African journalists. The Foundation maintains SustainableAfrica.org and PeaceAfrica.net as "digital commons" on development and peace issues, providing information and connecting groups and individuals with shared concerns and activities.

The Foundation is readying the launch of HealthAfrica, an ambitious project to provide current news, extensive databases, educational materials, institutional linkages and a forum for discussing African health issues, especially HIV/AIDS, tuberculosis and malaria. "HealthAfrica will use the reach and influence of allAfrica.com to force attention to Africa's health emergency," says Tamela Hultman, AllAfrica's chief strategy and content officer, who is directing the initiative. "Policy makers everywhere need a constant stream of current information, and people across Africa - from HIV-positive widows in Swaziland to doctors in Nigeria - have told us that this effort is a missing piece of the puzzle for making their work successful. C. Payne, with his commitment to reversing the Aids pandemic, will be an incomparable ally for HealthAfrica."

Lucas, who was born in 1933 in Spring Hope, North Carolina, spent four years in the Air Force before earning a B.A. in history from the University of Maryland, Eastern Shore and a master's degree in government from the American University School for International Studies. He joined the staff of the Peace Corps in 1962, just after its creation by President John F. Kennedy and served successively as assistant country director in Togo, country director in Niger, Africa Regional Director and director of the Office of Returned Volunteers. For his work in the Peace Corps, Lucas received the President's Award for Distinguished Federal Civilian Service in 1967.

A sought-after speaker, he has testified frequently before Congress, appeared on national broadcasts, written for major publications and hosted numerous events. With Kevin Lowther he co-authored the book Keeping Kennedy's Promise about the Peace Corps. He has served as a member of several presidential delegations to Africa in both Republican and Democratic administrations. In 1991, President George H.W. Bush appointed him to the board of the African Development Foundation. In 1994 he co-chaired the White House Conference on Africa's sustainable development sub-committee. He was a founding member of the Corporate Council on Africa in 1993. His many awards and recognitions include two honorary doctorates. He recently completed a two-year term as chair of the U.S. Committee for the United Nations Development Programme (UNDP).

A consummate fundraiser, Lucas attracted support for Africare from corporations, foundations, U.S. government agencies and international organizations. One of his signature achievements is the annual Bishop John T. Walker Dinner, which has become the largest Africa-related fundraising event in the United States, attracting some 2500 participants each year.

"We are already feeling the impact of having C. Payne Lucas at our side," says Amadou Mahtar Ba, AllAfrica's president, who is directing the expansion of operations in Lagos and other African cities. "His reputation opens doors across the continent." 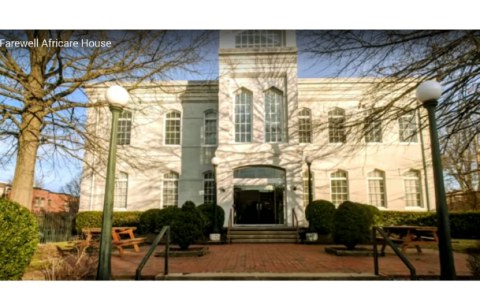 Top U.S. Diplomat Urges Strong U.S.-Africa Partnership
Tagged:
Copyright © 2004 allAfrica.com. All rights reserved. Distributed by AllAfrica Global Media (allAfrica.com). To contact the copyright holder directly for corrections — or for permission to republish or make other authorized use of this material, click here.