Lagos — THE reason Fifa has given for slamming a ban and a fine on the coach of the flying Eagles is that Laddam Boso is guilty of misconduct.

By accusing the English referee who officiated in the quarter-final showdown between Nigeria and Chile of racism, Coach Bozo, according to Fifa had gone too far, he had brought the game into disrepute, and in order to serve as a deterrent to others, the soccer-governing body had to act.

To be honest, the action taken by Fifa against the Nigerian under-twenty coach is by no means the first time that the administrators of the game have applied the hammer on persons, clubs, associations, team managers or fans that they deemed to have gone overboard.

But, also, coaches, players, club-owners and soccer federations won't stop looking for reasons, or taking advantage of human frailties, to lash out at the system, when things do not go their way.

Yet, we cannot, and certainly, Fifa won't deny the fact that the most common, or maybe, the most widely-reported, cases of racist abuse or racist chants in world football are being recorded in Europe, where the so-called money-spinning leagues are congregated; in Spain, Italy, England, France, as well as the lesser-known leagues of the Netherlands, Serbia, Greece, Turkey, Russia and Portugal.

This may be one hell of a bitter pill to swallow, but, it's true, nevertheless, that each and every time a case of racist abuse is officially reported, the victims is black or African. As such, we have seen Fifa or individual soccer federations across Europe bring many a culprit player, fan-club, spectator of team official to book for making one deregatory remark or another against a certain black player, for failing to take action against guilty party, for condoning a statement or act of racism or for not taking sufficient action against the erring party.

Let's not obsess ourselves with the scores, if not hundreds of incidents of unfavourable treatment, probably, faced by African footballers because of the colour of their skin. Rather, it's the ones reported officially that matter, and if the truth about them is to be told, then, it's this: that they are rather few in number, compared to the legion of high-profile and not-so-prominent lads from Africa plying their trade across the leagues of Europe. At various times during their illustrious soccer careers, even well-known stars, like Samuel Eto'o, George Weah, Dwight York, Didier Drogba, Steven Apia and J.J. Okoch among others, have had to put up with monkey chants from the stands, during games, or cases of spitting and other forms of racist abuse at the hands of white colleagues or opponents. In fairness to Fifa, as well as some soccer federations, they have often investigated the claims and responded with swift punishment at times. At the same time, it must be pointed out that the offending persons have often gotten away lightly, with meagre fines and/or brief match suspensions.

This is not to say, however, that the coach of the Nigerian Flying Eagles, Laddam Boso, has been disproportionately punished by Fifa. No, not so. If anything, and contrary to the position taken by many soccer-loving Nigerians on the issue, Coach Boso should have apologized for these utterances of his and he should have rendered it, before Fifa's hammer came crashing down on him.

It's the considered opinion of the writer, if you'd care to think about it yourselves, that the Eagle's team-handler could never have made such serious remarks and be allowed to get away with them. Besides, who does not know that Coach Boso, unlike many of his Nigerian Colleagues, isn't a man who is vast, profuse or lettered in the spoken English, no, he's not.

No doubt, the Nigerian-Chile game was a highly-charged encounter, and passion could have, and did, indeed fly out of the window. The Nigerian bench, for instance, felt they legitimately had qualms about Chile's first goal, which, they say, was scored by Grogona from an offside position. The circumstances which had led to the second goal, they also argue, could not have warranted the awarding of a penalty kick. But, what of the second and the third goals? Did not the Chileans deserve them both?

Look: It's important to clear issues and to set the records straight, in order to forestall, in future, this kind of unnecessary sanction imposed by Fifa on the flying Eagles coach. In the first part, it would appear that Coach Boso meant to use the expression "bias" and not "racist". The issue, as this writer sees it, is not so much as whether the beleaguered centre-referee, in that Nigerian-Chile match, was actually, or incontrovertibly motivated by racist considerations. In fact, there is no way of knowing that? Or is there?

Who can say it with all sense of seriousness that Howards Webb, the Fifa-graded referee from England, got the decisions to allow the first extra-time goal by the Chileans, in addition to the penalty, which had resulted in their second goal, was suspect.

The question which you and I should find an answer to is this: is there really any hard and fast rule with which one may adjudge a decision to be right or wrong, partial or impartial, racist or not. The writer's point is clear-cut: even if Howard Webb, a white man who has officiated in many a Premiership game involving footballers of African dissent, had, solely, been motivated by the issue of skin colour, how does a complainant prove it? In other words, even if the coach of our under-twenty team had successfully proved a case of wrongful allowance of an offside goal, it doesn't necessarily follow that he's proven a case of racist bias against the referee, or does it?

Candidly speaking, and some Nigerians have admitted as much, the coach may have been looking for a pretext to justify, or at least ameliorate the repercussions of his team's scandalous loss to a much more fluid and technically superior Chilean team. The game, from beginning to finish, did speak for itself. The Flying Eagles did, for the better part of the encounter, play a defensive game, basically, because both our midfield and attack couldn't really stand up to the strategy and formation of their opponents.

Besides, did the Eagles prepare adequately for the Canada tournament? The answer, for those who won't see it, is "no". The boys, our lads, had chances of their own to net in the ball, but, blew them all, because of poor marksmanship. If they had taken their chances and scored a couple of goals, the outcome of that march could have been different, because Howard Webb, no matter how biased or racist, would have had no choice but, to allow them.

On the part of Fifa one can sympathize with their decision to slam a four-month ban and a fine on Bozo. To let the man walk away scot-free is to set a bad precedent. But, at the same time, President Sepp Blater and others should realize that they need to do more to rid the beautiful game of the racism which you and I known still abounds. The fact is: erring players, officials and fans are hardly affected by the meagre punishments.

Perhaps, the best way to be in is for Fifa to put its own house in order. Happily, they have granted the hosting rights for the World Cup proper to South Africa. But, also, we urged Fifa, in the near future, to prove the likes of the Fifa vice-president, Jack Warner of Jamaica, wrong. In recent radio interview, Mr. Warner (himself a black man), declared that the organization "is not yet ready to have a black president".

Previous Story
Say No to Racism!
Next Story

Say No to Racism! 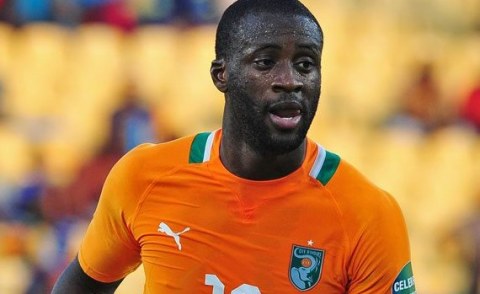 Soccer Coach Sorry for Racist Comments - Report
Tagged:
Copyright © 2007 Daily Champion. All rights reserved. Distributed by AllAfrica Global Media (allAfrica.com). To contact the copyright holder directly for corrections — or for permission to republish or make other authorized use of this material, click here.