This was disclosed a few days after a mission of experts commissioned by the European Union submitted its report after a visit to Dakar.

The mission was commissioned at the request of Senegal to seek support of the European Union in the trial of Habre. I.

"It is not an international trial", affirmed the French magistrate. According to several sources, the report does not give any statistical data on the budget necessary to hold such a trial, but recommends a timetable for the trial.

Senegal was commissioned by the African Union (AU) in July 2006.For the time being, except for the adoption of a law of adaptation, the case is still at a standstill.

Exiled in Senegal after being removed in 1990 by Idris Deby, who seized power in N'djamena , Habre had been the subject of a first complaint, filed by seven victims and the association of victims of the crimes and repression in Chad, before Senegalese courts, in January 2000.

Habre was accused of complicity in torture and crimes against humanity. But the Court of Appeal of Dakar, then the final Court of Appeal said that Senegalese courts did not have jurisdiction to try such a case.

The victims then turned to Belgian courts. In November 2005, a Belgian investigation magistrate issued an international arrest warrant, which is still in force.

The Senegalese President, Abdoulaye Wade, turned to the African Union for recommendation and On 2 July 2006, the Assembly asked Senegal to prosecute Habre "in the name of Africa".

"One of the great stage victories", says Reed Brody of Human Rights Watch, "it is the fact that an assembly of Heads of States, including Robert Mugabe [President of Zimbabwe], Muammar Kadhafi [Head of the Libya], and others, gave a mandate, while knowing that will create a precedent which could one day be turned against them".

But since July 2006, the procedure has been lagging. On several occasions, Belgium threatened Senegal to bring the case before the International Court of Justice (ICJ), charged with settling disagreements between states. To date, no one in Dakar has asked for the transfer of the Belgian case established against Habre.

The investigating magistrate has still not been chosen. "Seventeen years have passed and two victims have died, says Brody.

For his part, Habre would be benefiting from powerful support in Senegal. In an interview with Sud Quotidien, a newspaper in Dakar, one of his lawyers, Aly Fall, stated that "Habre case is a political case. And on this realm, it is the law of the strongest which prevails".

For him, "people must fully measure the impact of the acts which they mention in a case where important political and financial interests are concerned. Senegal does not have anything to gain. It has everything to lose, to expose its rear for the settlement of political issues".

For Cathala, one thing is for sure, if there is an African country which can hold the trial of Habre, it is Senegal.

According to an observer, Senegal may find it very beneficial to hold such a trial, in particular at a time where there are full-fleged preparations to operationalise the African Court of Human Rights.

First state to have ratified the Treaty of Rome, prevailing to the creation of the International Criminal Court, Dakar is indeed ahead.

On the international level, President Wade may find it very beneficial to play this card, but on the national level, it is not so obvious, according to analysts. 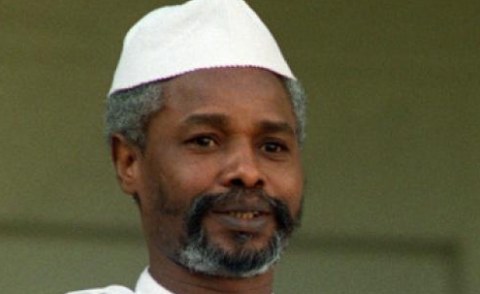 Victims Tell of Torture Under Habre 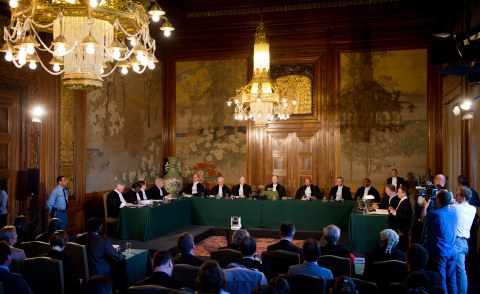 New Court to Try Chad Ex-Dictator in Senegal
Tagged:
Copyright © 2008 Hirondelle News Agency. All rights reserved. Distributed by AllAfrica Global Media (allAfrica.com). To contact the copyright holder directly for corrections — or for permission to republish or make other authorized use of this material, click here.