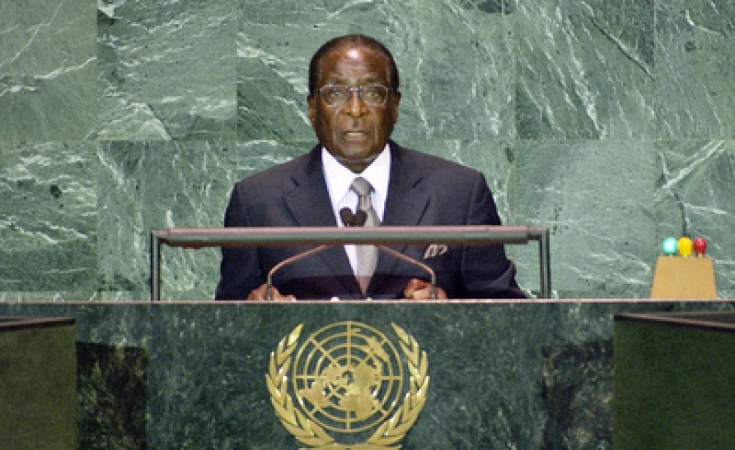 The African Union has the legal power to condemn the conduct of Zimbabwe's elections, to suspend the country from membership and to require new elections, writes AllAfrica guest columnist Faten Aggad. The question is whether the continent's leaders have the political will to do so.

As African heads of state and government prepare to meet for the 11th African Union (AU) Summit in Sharm el-Sheikh in Egypt, Zimbabwe continues to spiral downwards.

The Chairman of the AU Commission, Jean Ping, has now spoken out on the country's political crisis, making clear that the AU is gravely concerned at what he called "increasing acts of violence." He also indicated that the commission has entered consultations with the current AU chairman, Tanzanian President Jakaya Kikwete, and leaders of countries in the Southern African Development Community (SADC) in order to find a solution.

The question is what can the AU really do?

Two legal opinions commissioned by the Southern African Litigation Centre, based in Johannesburg, provide a legal foundation for AU intervention in Zimbabwe.

Based on an analysis of Zimbabwe's Constitution and its Electoral Act of 2004, the two opinions conclude that Morgan Tsvangirai, the front runner in the first round of presidential voting on March 29, should be recognised legally as the head of state of Zimbabwe.

The first opinion analysed the legality of the postponement of the presidential run-off vote until tomorrow – when nearly two months will have elapsed since the first round of voting. It found there was a breach of Section 110 of the Second Schedule of the Electoral Act, which stipulates that run-off elections should be held within 21 days of the first round.

The authors of the opinion held that the power, asserted by the Zimbabwean Electoral Commission, "to amend or ignore the constitutionally-required period... by abrogating or amending the provisions regarding the run-off period, is constitutionally objectionable."

The second legal opinion dealt with what the Electoral Act required in the event of a failure to hold elections within the prescribed 21 days. The opinion noted: "Where no second election is held and there were two or more candidates for President, and no candidate received a majority of the total number of valid votes cast, item (3) (1) (b) [of the schedule to the Electoral Act] provides that the candidate with the greatest number of votes [in the first round of elections], and not the majority of the total number of votes, shall be duly elected President."

In the first round of voting, Morgan Tsvangirai won 47.9 percent of votes, against 43.2 percent for President Robert Mugabe. On the basis of the law and the vote count, Tsvangirai should have been installed as President.

Given the two legal opinions, and that the results of the first round of elections were accepted by African institutions, a case can be made for an AU intervention under the "Declaration on the Framework for an OAU Response to Unconstitutional Changes of Government," signed in Lomé, Togo in 2000 and endorsed by the Zimbabwe Government.

The declaration defines unconstitutional changes, inter alia, as "the refusal by an incumbent government to relinquish power to the winning party after free, fair and regular elections."

Since Robert Mugabe does not want to relinquish power, the declaration allows action to be taken similar to that taken against Togo in 2005, when the military in that country installed Faure Gnassingbé as president upon the death of his father.

The Lomé declaration clearly describes the steps that can be taken:

·          The Chairman of the AU, currently President Kikwete, should openly condemn the unconstitutional change and clearly indicate to the perpetrator that the AU will not tolerate the takeover.

·          At the request of the Chairman, the Secretary-General of the AU, or any member state, the "Central Organ" of the AU's "Mechanism for Conflict Prevention, Management and Resolution" meets as a matter of urgency to discuss the situation and issue a statement.

·          Following an initial condemnation by the Central Organ, a period of six months is given to the perpetrator of unconstitutional change to withdraw and hold new elections (although, given Zimbabwe's electoral law, it can be argued that the winner of the first round should be declared president). During this period, the government concerned is suspended from participating in the policy organs of the AU, including the Council of Ministers and the meeting of heads of state and government.

·          In the event of failure to comply within the six-month period, "a range of limited and targeted sanctions against the regime" will be imposed. These may include travel bans and trade restrictions.

Such action proved effective in forcing Togo's Gnassingbé and the army to back down and allow elections in 2005. That precedent has shown that the AU is able to react, provided there is political will.

But the AU could not have acted without the support of the regional leaders of ECOWAS, the Economic Community of West African States. Similarly, in the case of Zimbabwe, the role of SADC leaders will be paramount in supporting an AU intervention.

Clearly, African instruments for dealing with the current crisis do exist. Now is the time to use them in Zimbabwe. Will our leaders, meeting in Sharm el-Sheikh, have enough political will to act?

Faten Aggad is a researcher on the Governance and African Peer Review Mechanism Programme at the South African Institute of International Affairs, in Johannesburg.

Tagged:
Copyright © 2008 allAfrica.com. All rights reserved. Distributed by AllAfrica Global Media (allAfrica.com). To contact the copyright holder directly for corrections — or for permission to republish or make other authorized use of this material, click here.