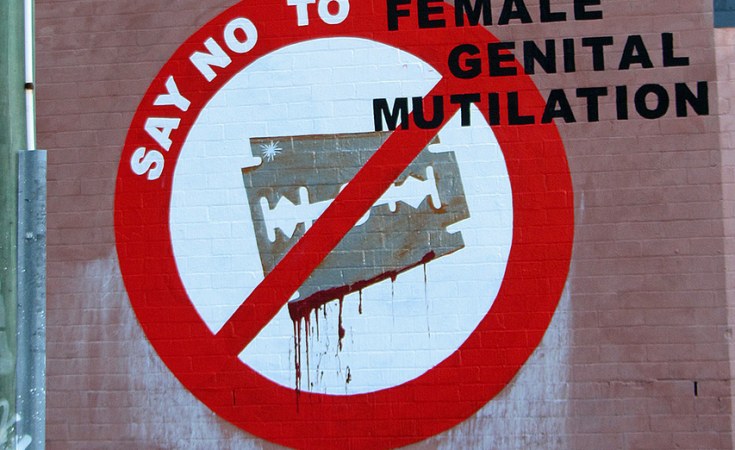 Financed through the non-profit's "Adopt a clitoris" campaign that sponsors women wishing to have clitoral reconstruction, Clitoraid raised more than US$50,000 to build the facility. Construction began in March and is expected to be completed by September.

Once opened, US-based gynaecological surgeons will offer free clitoral reconstruction surgeries to FGM/C victims from across West Africa. Currently too few surgeons are available to serve the number of women who want to reconstruct their mutilated clitorises and the price in private clinics remains unaffordable for most, according to the few surgeons trained on the procedure in Burkina Faso where the surgery was pioneered in 2006.

"Clitoraid decided to build the clinic in Bobo-Dioulasso because it is at the crossroads of several West African countries," said Mariam Banemanie, president of Clitoraid's local NGO partner, Voices of Women.

Cross-border FGM/C has been on the rise in West Africa in recent years, with cutters and girls evading one country's laws by participating in FGM/C in a neighbouring country.

Three million girls are at risk of FGM/C every year in Africa, according to World Health Organization (WHO), which defines FGM/C as any injury to female genital organs for non-medical reasons.

"The clinic will restore justice and give women the ability to feel sexual pleasure," Banemanie told IRIN. "Burkinabé women are b eginning to stand up for what they believe in - why should sexual pleasure not be a part of that?"

There has been such high demand for the reconstruction surgery that Clitoraid has placed a cap on the waiting list at 100, she said. Voices of Women receives daily calls from women - and sometimes husbands - expressing interest in the procedure, she added.

Prospective patients receive counselling from the NGO's psychologist who - on request - puts them in touch with women who have had clitoral reconstruction surgery in private clinics.

Abi Sanon, 36, said she was "lucky" to undergo clitoral reconstruction at a hospital in Ouagadougou in 2006. "I wanted to find my integrity and to know real pleasure. The procedure cost $320; my boyfriend contributed. It has really changed our lives. Before, I did not really know what pleasure felt like, and now it is not my boyfriend who calls the shots in our relationship - it is much more equal," said Sanon, who told IRIN she had her clitoris cut as a young girl.

Sanon told IRIN she was surprised at her family's positive reaction when she informed them she had wanted the surgery, since she said talking about sexual pleasure is still seen as taboo in her country.

Her 70-year-old mother has expressed interest in having the procedure once the hospital opens.

Burkina Faso Stalls On Clit Repair Hospital
Tagged:
Copyright © 2009 UN Integrated Regional Information Networks. All rights reserved. Distributed by AllAfrica Global Media (allAfrica.com). To contact the copyright holder directly for corrections — or for permission to republish or make other authorized use of this material, click here.