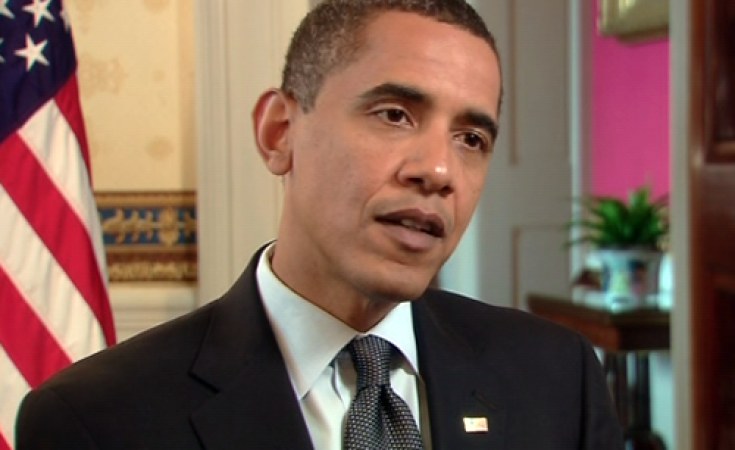 Washington, DC — "Lifting up successful models" of democracy in Africa encourages more democracy on the continent, President Barack Obama told AllAfrica Thursday, explaining why he chose the West African nation of Ghana as the first sub-Saharan African country he would visit next week as President of the United States.

"Countries that are governed well…where leadership recognizes that they are accountable to the people and that institutions are stronger than any one person have a track record of producing results for the people", the president said. Ghana's new president, John Atta Mills, has demonstrated "the kinds of democratic commitments that ensure stability in a country. And we want to highlight that."

The pace of progress to good governance is uneven, Mr. Obama acknowledged. "In my father's own country of Kenya, I'm concerned about how political parties do not seem to be moving into a permanent reconciliation that would allow the country to move forward. And Kenya is not alone."

Africa is a place of "extraordinary promise,"  Obama told AllAfrica, but is "not going to to be able to fulfill those promises unless we see better governance."

"I think part of what's hampered African development is that for many years we've made excuses about corruption or poor governance," the president said.

The conversation with AllAfrica - the only pre-trip presidential interview devoted to Africa - was conducted in the Blue Room at the White House, with Charles Cobb posing the questions.

Before visiting Ghana, Obama will travel to Russia and then to L'Aquila, Italy for a series of summit meetings, beginning with the G8 industrialized countries. Joining the discussions on the second day (July 9) will be the 'Group of Five' largest emerging economies, which include South Africa, as well as China, Brazil, India and Mexico. Egyptian President Hosni Mubarak has been invited by Italian President Berlusconi to join that session.

Obama will have a bilateral meeting with the South African president, Jacob Zuma, who will also participate in the Major Economies Forum, which President Obama will co-chair Thursday evening. African countries who have been invited to participate in a working breakfast Friday morning with G8 leaders and the heads of five large international organizations include Angola, Algeria, Nigeria, Senegal, Ethiopia and Libya, each of whom .currently chairs a pan African body.

Obama told AllAfrica that the meetings with African presidents during the G8 Summit,   plus the decision to include Ghana in next week's travel,   "show that Africa is directly connected to our entire foreign policy approach, that it's not some isolated thing where every once in a while you go visit Africa for a while to check that box."

The president "looks forward to traveling more widely in Africa," Michelle Gavin, senior director for Africa at the National Security Council, told a press briefing Wednesday. But the "intentional" choice of an African stopover at this time underscores that   "African voices are an important part of global discussions on key global issues," she said.

The president is scheduled to land in Accra late Friday evening, accompanied by First Lady Michelle Obama and daughters Sasha and Malia. He will deliver a major address to the Ghanaian Parliament on Saturday, followed by a   tour of the Cape Coast Castle, an ancient fort that was used to detain slaves bound for trans-Atlantic shipping.

The Ghanaian address will focus on development and democracy, according to Denis McDonough, deputy national security advisor and a long-time Obama aide. It will be the last in a four-speech series on foreign policy, following a nuclear non-proliferation address in Prague in April, a June 4 speech in Cairo to the Muslim world., and a scheduled talk on Tuesday in Moscow.

In the interview, the president called for "opening up better trade opportunities" for Africa. He said less economic development assistance should be spent on western consultants and administrative costs and more for the people it is intended to benefit. He said technology tools should be used to streamline and track aid and improve delivery, saying "our aid policies have been splintered." And he said "low-tech" approaches could prompt an African "green revolution."

He advocated "a practical, hardheaded approach" to improve daily lives of Africans, based on effective governance. "You're not going to get investment without good governance," he said. He also said strategic planning for industrial development, "great emphasis on education" to develop a skilled workforce and technology transfers that nurture "homegrown industries" are components of sound policies, citing South Korea's economic success.

Asked whether U.S. policies or African governments have failed Africa, Obama said colonialism had spurred conflict and imposed inequitable terms of trade. But, he said, "the fact is we're in 2009, and neither the western world nor the United States is responsible for some of the "disastrous policies" in Zimbabwe and elsewhere. Africa's people, he said, understand that but haven't always had the opportunity to "organize and voice their opinions in ways that create better results."

Obama said that at the end of his term in office, "I would like to be able to say that the United States was an effective partner" with African countries in building political, civil and economic institutions that led to "improving standards of living and greater security." He would like, he said, to assist Africa on the path of integration into the global economy, where young people will be able to say, "I can stay in my country and succeed, and, through my success, my county and my people will get stronger. That would be a good legacy."

U.S. Wants to Spotlight 'Successful Models' And Be An 'Effective Partner' - Obama