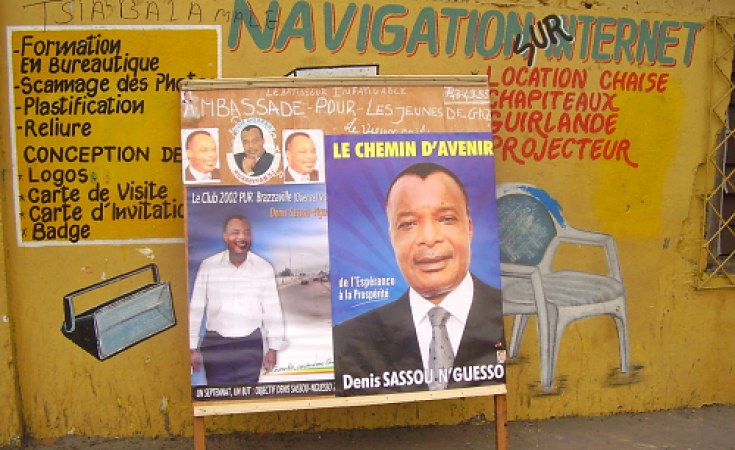 According to provisional results, Sassou-Nguesso was re-elected president by taking 78 percent of the vote – a margin which, according to analysts, could be seen as small given the means he had at his disposal, writes Agnan Kayorgo in L'Observateur Paalga of Ouagadougou.

A president in the mould of the late Omar Bongo of Gabon, Sassou-Nguesso is one of those who believes they were born to govern and is not exactly a great proponent of democracy. He did relinquish power in 1993 after losing an election to Pascal Lissouba. But after a civil war broke out during Lissouba's term of office, Sassou-Nguesso returned to power in a coup d'etat.

He does not appear keen on giving up power again while he is alive, adds Kayorgo. Evidence of this can be drawn from a recent interview he had with the journal, Jeune Afrique. Questioned on presidential term limits, he said: "No constitution in the world is so static that when the time comes and the population wants us to prolong our term, we can deny them that."

So we might expect another African monarchy following in the footsteps of Idriss Derby, Paul Biya, Blaise  Compaoré, Ben Ali and, today, Mamadou Tandja, continues Kayorgo.

Despite the fact the Sassou is embroiled in allegations of corruption and the misappropriation of state funds, he still managed to amass 78 percent of the vote, beating 12 adversaries, six of whom opted to boycott the polls.

Other than that, the poor showing by the opposition can be attributed to clumsiness and hesitation, and also disorganization and disunity among them. His former minister of finance, Mathias Dzon, who was expected to be his biggest challenger, could manage only 2.3 percent of the vote.

Official figures said 2.2 million of the country's 3.6 million voters went to the polls. The government contends that this meets the requirement of a 50 percent poll, but opposition parties calling for a boycott allege that 90 percent of voters heeded their call.

Adding to the confusion, observers are giving conflicting reports. The 47 observers deployed by Human Rights Observers (OCDH), a Congolese group, said: "Participation was weak and the election was marred by fraud and irregularities." But 29 observers from the African Union and 12 from the regional government grouping for central Africa, CEMAC, said: "The elections were dignified and took place in serenity and transparence."

Report adapted from the original and translated from French by Michael Tantoh.

Tagged:
Copyright © 2009 allAfrica.com. All rights reserved. Distributed by AllAfrica Global Media (allAfrica.com). To contact the copyright holder directly for corrections — or for permission to republish or make other authorized use of this material, click here.

A Rhumba Date with Fally Ipupa - Zimbabwean Fans in For a Treat!

Refugees Flood into Uganda After Fresh Fighting in DRC