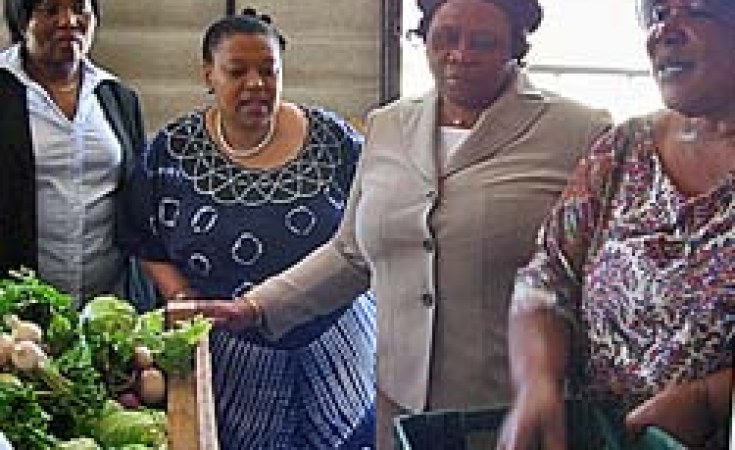 Cape Town — The rise to power of South Africa's first polygamous head of state in the modern era* is causing confusion in the media, and the office of President Jacob Zuma is now trying to set them straight.

Responding to a rash of reports arising from Zuma's wedding last week to his newest wife, Tobeka Madiba-Zuma, the presidency issued a statement on Wednesday seeking, as it put it, to "clarify a few points":

The reference to incorrect reports appears to relate to coverage which numbers among Zuma's wives Kate Zuma, who died in 2000, and Nkosazana Dlamini Zuma, the Home Affairs minister, to whom Zuma was previously married.

And the reference to the status of a "First Lady" may have something to do with a report in a national tabloid, The Times, claiming there is "bickering between MaNtuli and Mabhija (sic) about who should become first lady..."

The presidency also spelled out for the first time the nature of the work in which Zuma's wives are interested:

The presidency's statement even sought to educate those backroom journalists whose task it is to correct reporters' mistakes and write headlines.

"Note to subs" (sub-editors), it said: "In the isiZulu culture, married or adult women whose surnames begin with 'Ma' automatically inherit the prefix 'Ka' instead of 'Ma' to avoid tautology, which is why Ms. Madiba-Zuma is not referred to as 'MaMadiba'."

It's not only South Africa's journalists who are being challenged to develop a new sensitivity to Zulu and African culture. The Times reported that London's Guardian newspaper "made an amusing faux pas" in reporting that Zuma slipped and fell during a solo dance at the traditional Zulu wedding ceremony.

Zuma had in fact been performing a traditional indlamu dance, said The Times. "Traditionally, an indlamu dancer makes a series of warrior gestures and stomps the ground before dramatically falling onto his buttocks."

* The modern South African state was formed from two British colonies and two Boer republics a century ago in 1910.