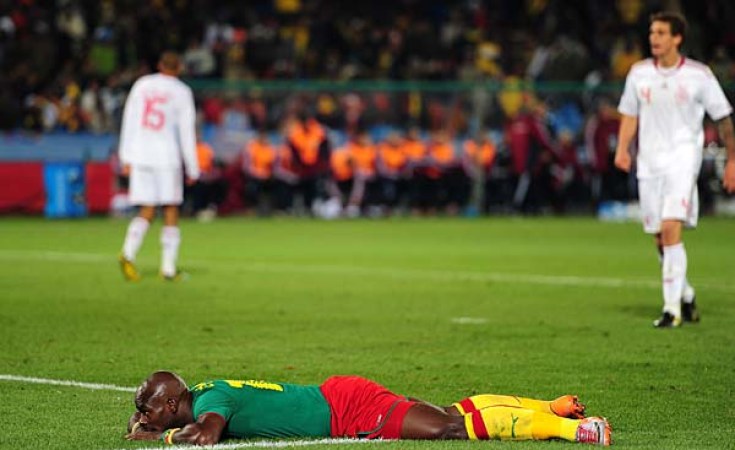 Pretoria — Cameroon are the first side eliminated from the World Cup, their 2-1 loss to Denmark in Pretoria on Saturday condemning them to an early trip home.

Although they took a 10th minute lead, a second successive defeat for the Indomitable Lions means they cannot finish in the top two in their group and will depart after their final match against group leaders the Netherlands in Cape Town. Even if they win that game, they will finish with three points. Japan and Denmark, who play each other, have three points already and play each other.

After several days of a palace revolution within the Cameroon squad, in which senior players persuaded coach Paul Le Guen to change his side to a team with more senior players, there was the promise of a recovery on Saturday when Samuel Eto'o scored first.

Cameroon took advantage of a lapse in the Danish defence to net after just 10 minutes, with Eto'o banging it home from close range. But it was a lead that lasted just over 20 minutes before the equaliser was stretched in by Nicklas Bentner in the 33rd minute.

Both sides conspired to miss a myriad of chances in a free-flowing game that had the near capacity crowd at Loftus Versfeld stadium on the edge of their seats with an exciting tempo.

Eto'o saw an effort near the close of the first half bounce back off the upright while Denmark were also just wide as they closed in on the African team's goal.

But the Indomitable Lions' campaign ended when Denis Rommedahl, who had set up Bentner's first goal, curled in a shot from the right in the 62nd minute for the winner.

Achille Emana had several chances and in the closing stages the tall frame of Mohammadou Idrissou also came close but the Danes held out for their first points of the tournament. 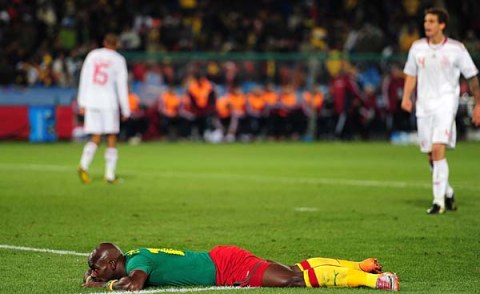 Africa's World Cup Hopes Fade as Cameroon Defeated
Tagged:
Copyright © 2010 allAfrica.com. All rights reserved. Distributed by AllAfrica Global Media (allAfrica.com). To contact the copyright holder directly for corrections — or for permission to republish or make other authorized use of this material, click here.