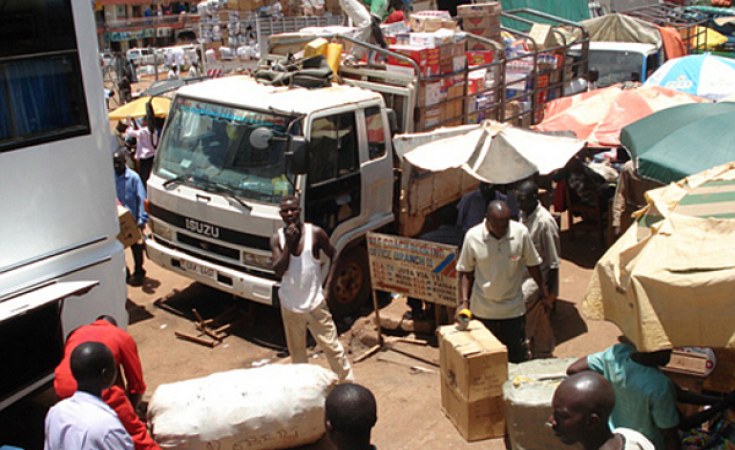 Excerpts from the Commission on Africa's 2010 report, Still Our Common Interest, on Africa's development since 2005:

There has been substantial progress in some areas. In addition to the steps taken by African governments to improve the investment climate, a substantial increase in investment in infrastructure has contributed to Africa's growth.

Progress has been made towards an international Arms Trade Treaty. Ever growing donor support for the Global Alliance for Vaccines and Immunisations (GAVI) means that this year the 300 millionth child will be immunised with a GAVI-supported vaccine. African governments' commitment alongside strong donor support has enabled access to the anti-retroviral treatments for HIV/AIDS to grow from 14% in 2005 to 43% in 2008.

More children go to primary school and more get to sleep under a bed net that can protect them from malaria than ever before. Africa is very close to eradicating polio.

But there are also a few areas where progress has been disappointing.

International trade reform is perhaps the area of least progress with no movement towards an agreement in the Doha Development Agenda, on the removal of agricultural subsidies or on trade agreements between the European Union and African countries.

The Commission called for the amount of arable  land under irrigation to it be increased by 50% by 2010 – it has grown by just 0.9%. Investment in higher and technical education has not increased – contributing to a continuing shortage of trained teachers, doctors and other key professionals.

Progress on most recommendations has been mixed. Advances in expanding enrolment in and closing the gap between girls and boys going to primary school, for example, have been tempered by a relative lack of progress in improving the quality of basic education, completion rates and enrolment in post-primary education.

Africa still accounts for the majority of new HIV infections. Expanded support to sexual and reproductive health services masks an ongoing underinvestment in reproductive health, contributing to the lack of progress in reducing child and maternal mortality.

Despite the fact that African governments have made it easier than ever before to do business in their countries, there is still a lot to do to attract investment – including a massive need for better infrastructure.

Effects on Africa of the Global Financial Crisis

The impact of the crisis on African economies has set back progress in reducing the absolute number of people living in poverty.

With population growth taken into consideration, the continent's economic growth is at a standstill. The impact of the recovery on poverty reduction will rely to a large degree on the jobs it creates – and, according to the United Nation s Department for Economic and Social Affairs, this has been slow to take off.

According to projections in the 2010 Global Monitoring Report, as a result of the crisis the percentage of people living on less than $1.25 a day in sub-Saharan Africa will be 38% by 2015, rather than the 36% it would have been without the crisis, which means that 20 million fewer people will be lifted out of poverty.

It is estimated that 50 million more people fell into extreme poverty in 2009 and that 64 million will be in extreme poverty by the end of 2010 as a result of the crisis.

Commentators are increasingly talking of Africa's projected growth and international demand for new  markets as having the potential to transform the continent, making it the next major emerging market and a rising economic and political power.

As the World Bank's Managing Director, Ngozi Okonjo-Iweala, pointed out in a recent speech to Harvard University, Africa has a trillion-dollar economy which grew faster than those of Brazil and India between 2000 and 2010 and is projected to grow faster than Brazil's between 2010 and 2015.

International companies are increasingly focusing on emerging economies as a source of future growth. Asia has benefitted from this trend in recent years and, with its growing consumer demand and expanding labour force, Africa could be next in line.

It is widely recognised that improvements in governance, particularly economic management, and the efforts of African governments have been among the key drivers of Africa's recent growth.

Across the continent, African governments have taken steps to increase the ease of doing business in their countries through macro-economic reform, investment in infrastructure and other changes, helping to attract ever greater levels of foreign investment.

According to the Mo Ibrahim Foundation's Index of African Governance, which measures African countries' progress against various governance indicators, economic management is the area in which African governments have improved the most on average – by six points since 2000 on the Index's scale, with four of those being in the past five years.

According to the Ibrahim Index, there has also been progress against two of the other dimensions measured by the Index: participation and human rights and human development.

Competitive electoral politics are becoming more entrenched in many countries, with elections more regular and in many places more effective… With the assistance of debt relief, increased aid volumes and improved domestic resource mobilisation, African governments have also increased their investment in areas vital to poverty reduction, including health and education.

There has, however, been little movement on the fourth dimension of the Index: safety and rule of law.

This covers issues relating to violence and conflict, but it also includes efforts to ensure transparency and tackle corruption. Though the Transparency International Corruption Perceptions Index showed that 43% of countries in sub-Saharan Africa saw an improvement in reducing corruption between 2005 and 2009, progress in the fight against corruption is slow in many countries. Indeed, 13% of countries saw no change whatsoever.

Both Africa and its partners still have to tackle corruption and other sources of capital flight that divert vital resources away from development.

The total amount needed to achieve the MDGs, accounting for the anticipated effects of climate change, is estimated at around $120 billion a year between 2010 and 2020.

There is a substantial gap between these estimated requirements and the amounts donors have already been pledged for each of these elements.