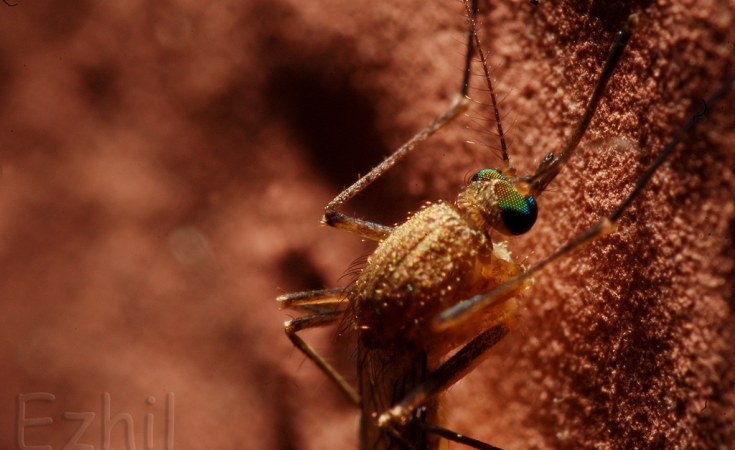 Ezhil Ramalingam
Infected Anopheles mosquitoes carry a parasite in the genus Plasmodium, the cause of the deadly disease malaria.
Inter Press Service
By Timothy Spence

Austria — After successfully suppressing scourges of fruit, tsetse and screwworm flies in the Americas, researchers are exploring whether the same sterilised insect technique can be used to control malaria, which kills some one million people every year, many of them in Africa.

In the 1950s, scientists searching for ways to eradicate invasive insects that attacked fruits, vegetables and farm animals began using bursts of radiation to render the pests infertile.

Entomologists and other researchers at the International Atomic Energy Agency (IAEA) are testing whether sterilised insect technique (SIT) can be used to reduce populations of malarial mosquitoes. Experiments are taking place at the agency's laboratory facilities in eastern Austria, and researchers emphasise that their work is at an early stage.

"What we are doing is not going to solve the malaria problem in Africa, that I can tell you," said Marc Vreysen, who heads the insect pest control project run jointly by IAEA and the U.N.'s Food and Agriculture Organization.

But a breakthrough could one day strengthen more traditional defences against malaria, such as bed nets and insecticides, Vreysen said from the sprawling laboratory complex 35 kilometers southeast of Vienna.

Though the IAEA is better known for inspecting nuclear sites and non- proliferation treaties, its researchers are engaged in other activities, such as using atomic technologies and precision measuring devices to develop more efficient crop irrigation techniques, improve medical diagnoses and calibrate scientific equipment. They also train scientists from developing countries.

The focus of the malaria research so far has been on Anopheles arabiensis, a mosquito species that thrives in the Nile River basin in Sudan. Sudan's government requested IAEA assistance in reducing the prevalence of malaria in the region. More than 500,000 malaria cases are reported every year in the country of 43 million, and malaria accounts for some 32,000 deaths annually, according to the Global Fund, the public-private partnership that channels money into combating malaria, AIDS and tuberculosis.

Researchers at the Austrian lab have established a colony of the Anopheles mosquitoes that are the target of SIT research. Experiments involve a painstaking process restricted by the relatively short lifespan of the insects - less than a month - and the handful of hours when the sterilisation procedure is optimal.

In the lab, the mosquitoes are separated by sex. The males get a blast of up to 100 Gray in a cobalt irradiator, a lethal radiation dose for a human. The sterilised males are then placed in a mesh-covered box where males and females mix in a frenzied mating ritual.

"This is like a crowded discotheque," said Jérémie Gilles, a French entomologist and one of eight researchers working on the project.

SIT has been used successfully to suppress other pests - often invasive species - by flooding nature with insects that cannot reproduce.

Gilles and his colleagues admit that their lab research is a long way from possible application in the wild. A greenhouse is being built in this wintry part of Austria to create a more authentic habitat for future SIT testing.

There is the chance that what worked in eradicating other pests like the tsetse fly Glossina austeni from more confined areas, such as the Indian Ocean island of Zanzibar, may not work with mosquitoes in the vast tropical regions of Asia, Africa and South America.

With 3,000 mosquito species, 50 of which transmit malaria, the IAEA researchers face daunting challenges. Techniques that are effective with the species found in Sudan may not work elsewhere. Infertile male mosquitoes reintroduced into the wild may not be as aggressive in the mating clouds as their more potent counterparts.

This is the first major project focusing on male Anopheles mosquitoes, whose main function in their short lives is reproduction. It is the blood-seeking female that transports the Plasmodium parasites that infect humans.

Though the technique is time-consuming and costly compared to preventive measures, researchers say SIT has advantages. Harold Townson of the Liverpool School of Tropical Medicine, writing in a recent edition of Malaria Journal, says SIT could provide a more enduring solution than other eradication and prevention methods. For example, mosquitoes can develop immunity to pesticides, and over time, prophylactic measures may become ineffective against the parasites.

Vreysen, who worked on the tsetse fly eradication project in Zanzibar, says it could be as long as a decade before his team can put their laboratory studies on mosquitoes to practical use. "We are far, far from the endpoint," he said. In the meantime, better prevention and treatment will have to suffice. 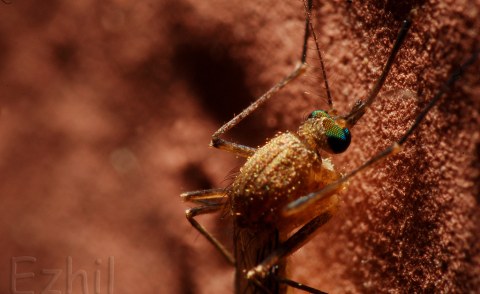 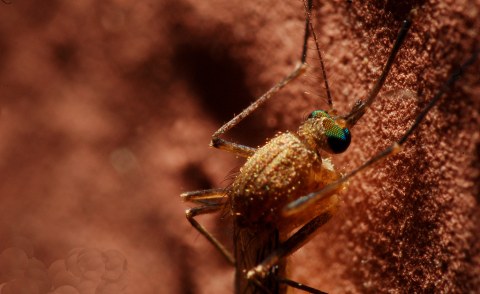 Has Africa Found Cure for Malaria? 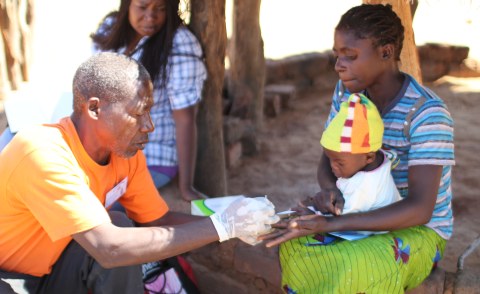 Benin's Antimalaria Plants to be Studied 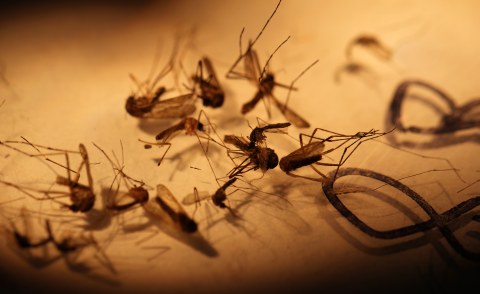 Speeding Up Malaria Vaccine Development
Tagged:
Copyright © 2010 Inter Press Service. All rights reserved. Distributed by AllAfrica Global Media (allAfrica.com). To contact the copyright holder directly for corrections — or for permission to republish or make other authorized use of this material, click here.