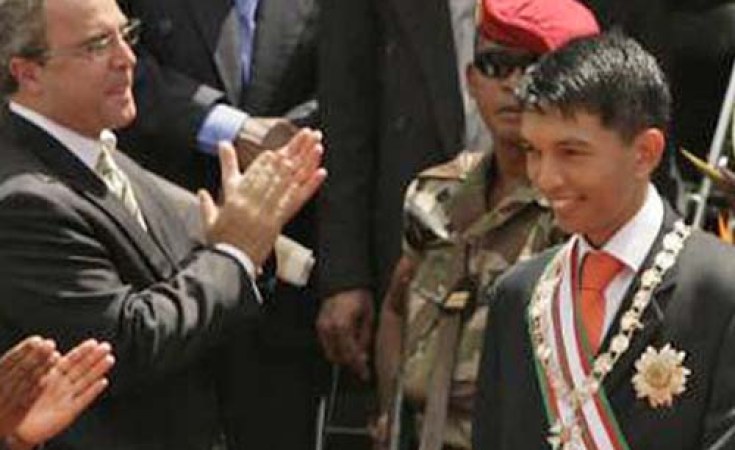 Southern African leaders have called on Madagascar's rulers to allow exiled leaders, including the deposed president, Marc Ravalomanana, to return home. However, the country's administration is reported to have rejected the call.

In a communique issued after a summit of the Southern African Development Community in Johannesburg at the weekend, the leaders called for the country to be urgently returned to "constitutional normalcy".

To that end, the summit:

Madagascar has been ruled for the last two years by an administration under former Antananarivo mayor Andry Rajoelina, which seized power from Ravalomanana.

"We will not sign an amended roadmap," Rahajason reportedly said. "We've already got our constitution."

The section of the summit communique dealing with Madagascar read:

10. Summit commended the SADC Chairperson, the Chairperson of the SADC Organ on Politics, Defence and Security Cooperation for convening the meeting with the Malagasy stakeholders.

11. Summit also commended the people and Government of the Republic of Botswana for hosting the meeting.

12. Summit noted that the return of that country to constitutional normalcy is a matter of urgency.

13. Summit also noted that eight out of eleven Malagasy Political Stakeholders have already initialled the Roadmap that is intended to return the country to constitutional normalcy.

14. Summit endorsed the Roadmap to bring Madagascar into constitutional normalcy presented by the SADC Mediator on Madagascar after effecting necessary amendments.

15. Summit urged the leaders of the Mouvances Ratsiraka, Ravalomanana and Zafy to initial the Roadmap expeditiously as soon as the necessary amendments are effected.

16. Summit also urged the High Transition Authority (HTA) to allow Malagasy people in exile for political reasons, to be allowed to return to the country unconditionally including Mr. Marc Ravalomanana.

17. Summit further urged the HTA to urgently develop and enact all outstanding Legal Instruments to ensure the political freedom of all Malagasy in the inclusive process leading to free, fair, and credible elections.

18. Summit commended the Malagasy Political Stakeholders for their commitment to dialogue and finding an inclusive solution and urged them to remain focused on the implementation of the agreed Roadmap in order to urgently fulfil the aspirations of the Malagasy people for peace, stability and socio-economic development.

19. Summit also commended H.E. Joachim Chissano, former President of Mozambique for his tireless efforts in bringing together the Malagasy stakeholders in the search of lasting solution for the current crisis in Madagascar.

20. Summit urged the Organ Troika to remain actively seized of the political situation in Madagascar.