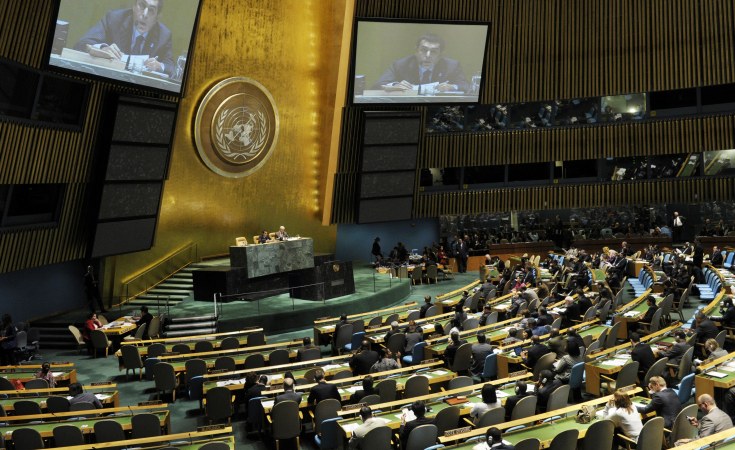 There is good news in the world of international justice: Burkina Faso and Niger have said unequivocally that they will not give safe haven to former Libyan leader Muammar Gaddafi - who may be seeking a new place to call home. The two governments cited the outstanding warrant issued for him by the International Criminal Court (ICC) for crimes committed against the Libyan people.

These two African countries should be commended for affirming their commitment to cooperate with the ICC in the arrest of suspects. Since the court is a decade old and more than 110 member states strong, one might expect such concrete expressions of support to be routine. But in Africa they have in recent years become more the exception than the rule.

African governments played a major role in the establishment of the ICC as a crucial court of last resort when national authorities are unable or unwilling to prosecute grave crimes. They were active at the Rome diplomatic conference when the ICC's treaty was negotiated in 1998.

But the ICC has become contentious among some African leaders in the wake of arrest warrants for Sudanese president Omar al-Bashir in 2009 and 2010. Some leaders have exploited the warrants by arguing that the ICC targets Africans and engineering calls by the African Union (AU) on member states not to cooperate in the arrest and surrender of al-Bashir and Gaddafi.

It is true that officials associated with powerful states have been less vulnerable to prosecution on the international stage, allowing impunity for crimes committed in places such as Chechnya and Gaza. This unevenness needs to be addressed, in part by increasing membership in the ICC.

But the ICC is not targeting Africans. Most ICC investigations in Africa came about due to voluntary requests by African governments to the court or referrals by the United Nations Security Council, and not as a result of some coordinated initiative by the court itself to pursue cases against Africans. Recently, the new president of Côte d'Ivoire, Alassane Ouattara, asked the ICC prosecutor to investigate crimes committed during the country's devastating post-election violence on the basis that the Ivorian justice system is not currently capable of handling these cases.

Some African ICC states parties - Botswana and South Africa in particular - have made it clear that they do not support and cannot abide by AU decisions that will frustrate the court's work and have affirmed they will arrest ICC suspects on their territories. But many other states have remained silent or passive in the face of attacks on the court. Even worse, a few - Chad, Kenya and Djibouti - have welcomed al-Bashir onto their territories without arrest.

Bringing ICC suspects into custody is one of the keys to effectively prosecuting cases, which require the presence of the accused. Disregarding arrest warrants is an affront to victims of the heinous crimes the ICC is prosecuting. Al-Bashir is wanted on charges of genocide, war crimes, and crimes against humanity for his role in brutal attacks on Darfuri civilians. Gaddafi is wanted on charges of crimes against humanity for his role in attacks on civilians, including peaceful demonstrators, in various locations in Libya. Both al-Bashir and Gaddafi are presumed innocent and have the right to a fair trial. But they should not be shielded from the court.

Civil society across the African continent has consistently spoken out on the need for African governments to stand behind the ICC to promote justice for genocide, war crimes and crimes against humanity. Hundreds of groups from every sub-region on the continent have affirmed again and again their belief that the ICC has a vital role to play when African and other states are unwilling or unable to prosecute the worst crimes. They have implored their leaders to show strong, steadfast commitment to support and cooperate with the ICC.

By standing with those who are committed to ensuring that alleged perpetrators do not escape accountability, Burkina Faso and Niger have taken an important step to promote respect for human rights and the rule of law. More governments should  follow their example and take a stand for victims.

Elise Keppler is senior counsel with the international justice program at Human Rights Watch. She is active in an informal network of African civil society organizations and international organizations with a presence in Africa that collaborates on work related to the ICC and Africa.

Why Africa Should Mourn Gaddafi's Fall 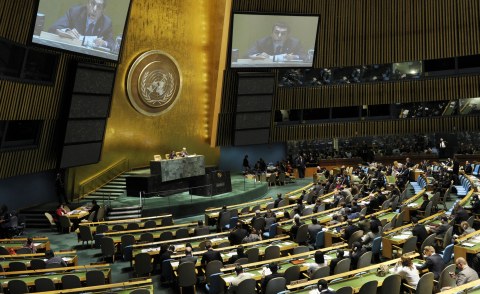 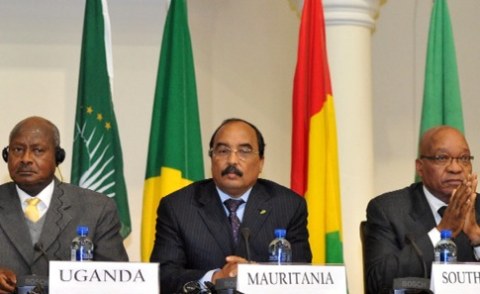 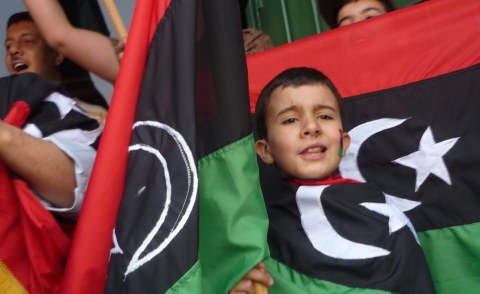 African Union Recognises New Libyan Govt
Tagged:
Copyright © 2011 allAfrica.com. All rights reserved. Distributed by AllAfrica Global Media (allAfrica.com). To contact the copyright holder directly for corrections — or for permission to republish or make other authorized use of this material, click here.