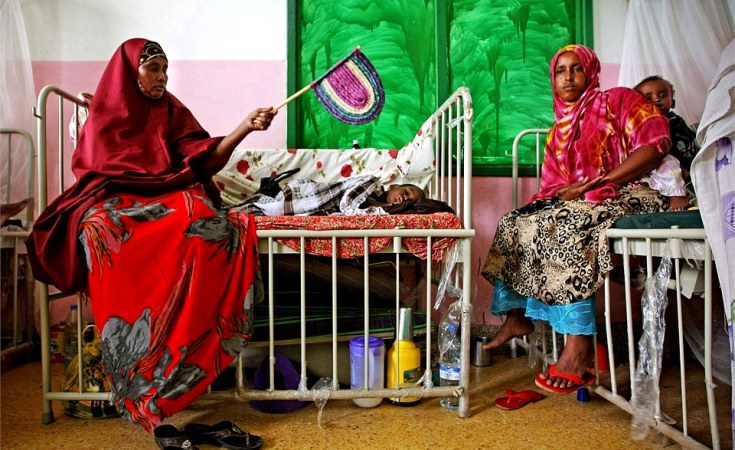 Durban, South Africa — What's bad for the climate is bad for health.

That's the view of international health leaders from more than 30 countries who attended the First Global Climate and Health Summit during the global climate conference under way in Durban (COP17).

Representatives of top health organizations and public health federations warned that the apparent lack of movement in the negotiations in Durban is putting the lives of billions of people around the globe at risk - with Africans among the most vulnerable.

Sub-Saharan Africa is particularly at risk, according to Dr. Robin Stott, co-chair of the UK-based Climate and Health Council, the body which convened the health summit at COP17. He said that projected health consequences of climate change in Africa are both direct and indirect.

"It will mean the extension of malarial mosquitoes and thus greater numbers of people dying of malaria, as well as other major problems resulting from adverse climate events such as flooding and droughts," Stott said.

"Indirect results relate to the fact that rainfall patterns are changing, so both food and water are becoming more problematic for many African societies, and we anticipate this leading to conflict over resources, mass migration and major social disruption," he said.

Stott, a retired head of a major London hospital and a veteran health and environmental activist, said the crisis would hit Africans already on the margins of survival the hardest.

A declaration issued after the summit warned that global health will suffer if there is no agreement on emissions reductions. It urged COP17 negotiators to commit to moving away from fossil fuels and towards low carbon development.

"If governments agree to delay for another decade, history will judge Durban as a moment of global political malpractice," said Josh Karliner of the international coalition, Health Care Without Harm, a co-organizer of the summit.

Stott says the well-being of everyone in the world who is under 40 years of age is threatened by unabated climate change. Yet most negotiators representing the 194 countries gathered in Durban look to be over 40. Stott, 69, thinks there are too many old white men at COP17.

"One of the outcomes I would like to see at the next COP is that nobody over 50 is allowed in, that half the delegates have got to be women, and at least a quarter under the age of 25," Stott told AllAfrica. "Certainly this pattern of old men discussing with each other about arcane and sometimes trivial issues when the major issues are really just not addressed is just awful."

Dangers of Pollution to Health, Ecosystems