Tanzania: Reasons Behind the Zanzibar Revolution 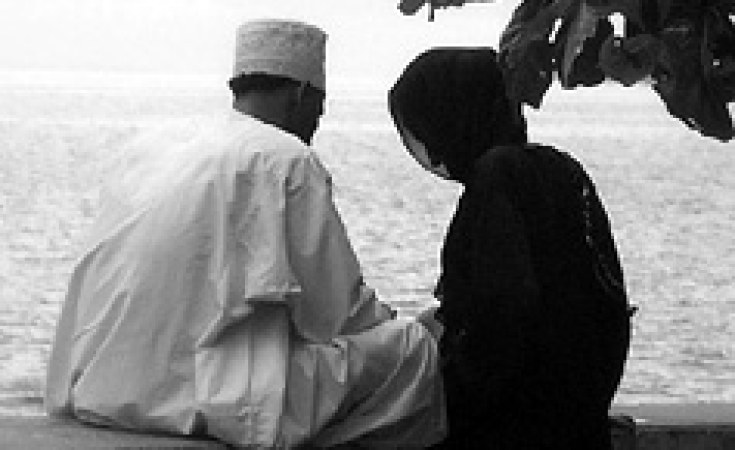 The Zanzibar Revolution saw the 1964 overthrow of the Sultan of Zanzibar and his mainly Arab government by local African revolutionaries. An ethnically diverse state consisting of a number of islands off the east coast of Tanganyika, Zanzibar had been granted independence by Britain in 1963.

However, a series of parliamentary elections resulted in the Arab minority retaining the hold on power it had inherited from Zanzibar's former existence as an overseas territory of Oman. Frustrated by under-representation in Parliament despite winning 54% of the vote in the July 1963 election, the mainly African Afro-Shirazi Party (ASP) allied itself with the left-wing Umma Party and early on the morning of 12 January 1964, ASP member John Okello mobilised around 600-800 revolutionaries on the main island of Unguja. Having overrun the country's police force and appropriated their weaponry, the insurgents proceeded to Zanzibar Town where they overthrew the Sultan and his government.

Reprisals against Arab and South Asian civilians on the island followed; the resulting death toll is disputed, with estimates ranging from several hundred to 20,000. The moderate ASP leader Abeid Karume became the country's new president and head of state and positions of power were granted to Umma party members. The new government's apparent communist ties concerned the West and as Zanzibar lay within the British sphere of influence, the British government drew up a number of intervention plans.

The revolution ended 200 years of Arab dominance in Zanzibar and is commemorated on the island each year with anniversary celebrations and a public holiday. The Zanzibar Archipelago, now part of the East African republic of Tanzania, is a group of islands lying in the Indian Ocean off the coast of Tanganyika. It comprises the main southern island of Unguja (also known as Zanzibar), the smaller northern island of Pemba and numerous surrounding islets. With a long history of Arab rule dating back to 1698, Zanzibar was an overseas territory of Oman until it achieved independence in 1858 under its own Sultancy.

By 1964, the country was a constitutional monarchy ruled by Sultan Jamshid bin Abdullah. Zanzibar had a population of around 230,000 Africans - some of whom claimed Persian ancestry and were known locally as Shirazis - and also contained significant minorities in the 50,000 Arabs and 20,000 South Asians who were prominent in business and trade. The various ethnic groups were becoming mixed and the distinctions between them had blurred; according to one historian, an important reason for the general support for Sultan Jamshid was his family's ethnic diversity.

However, the island's Arabic inhabitants, as the island's major landowners, were generally wealthier than the Africans. The major political parties were organised largely along ethnic lines, with Arabs dominating the Zanzibar Nationalist Party (ZNP) and Africans the Afro-Shirazi Party (ASP). In January 1961, as part of the process of decolonisation, the island's British authorities drew up constituencies and held democratic elections. Both the ASP and the ZNP won 11 of the available 22 seats in Zanzibar's Parliament, so further elections were held in June with the number of seats increased to 23.

The ZNP entered into a coalition with the Zanzibar and Pemba People's Party (ZPPP) and this time took 13 seats, while the ASP, despite receiving the most votes, won just 10. Electoral fraud was suspected by the ASP and civil disorder broke out, resulting in 68 deaths. To maintain control, the coalition government banned the more radical opposition parties, filled the civil service with its own appointees and politicised the police. In 1963, with the number of parliamentary seats increased to 31, another round of voting saw a repeat of the 1961 elections.

Due to the layout of the constituencies the ASP, led by Abeid Amani Karume, won 54 per cent of the popular vote but only 13 seats, while the ZNP/ZPPP won the rest and set about strengthening its hold on power. The Umma Party, formed that year by disaffected radical Arab socialist supporters of the ZNP, was banned and all policemen of African mainland origin were dismissed. This removed a large portion of the only security force on the island and created an angry group of paramilitarytrained men with knowledge of police buildings, equipment and procedures.

Complete independence from British rule was granted on 10 December 1963, with the ZNP/ZPPP coalition as the governing body. The government requested a defence agreement from the United Kingdom, asking for a battalion of British troops to be stationed on the island for internal security duties, but this was rejected as it was deemed inappropriate for British troops to be involved in the maintenance of law and order so soon after independence.

British intelligence reports predicted that a civil disturbance, accompanied by increasing communist activity, was likely in the near future and that the arrival of British troops might cause the situation to deteriorate further. However, many foreign nationals remained on the island, including 130 Britons who were direct employees of the Zanzibar government. Around 3:00 am on 12 January 1964, 600-800 poorly armed, mainly African insurgents, aided by some of the recently dismissed ex-policemen, attacked Unguja's police stations, both of its police armouries and the radio station.

The Arab police replacements had received almost no training and despite responding with a mobile force, were soon overcome. Arming themselves with hundreds of captured automatic rifles, submachine guns and bren guns, the insurgents took control of strategic buildings in the capital, Zanzibar Town. Within six hours of the outbreak of hostilities, the town's telegraph office and main government buildings were under revolutionary control and the island's only airstrip was captured at 2:18 pm.

The Sultan, together with Prime Minister Muhammad Shamte Hamadi and members of the cabinet, fled the island on the royal yacht Seyyid Khalifa and the Sultan's palace and other property was seized by the revolutionary government. At least 80 people were killed and 200 injured, the majority of whom were Arabs, during the 12 hours of street fighting that followed. Sixty-one American citizens, including 16 men staffing a NASA satellite tracking station, sought sanctuary in the English Club in Zanzibar Town and four US journalists were detained by the island's new government.

According to the official Zanzibari history, the revolution was planned and headed by the ASP leader Abeid Amani Karume. However, at the time Karume was on the African mainland as was the leader of the banned Umma Party, Abdulrahman Muhammad Babu. The ASP branch secretary for Pemba, Ugandan-born ex policeman John Okello, had sent Karume to the mainland to ensure his safety. Okello had arrived in Zanzibar from Kenya in 1959,claiming to have been a field marshal for the Kenyan rebels during the Mau Mau Uprising, although he actually had no military experience.

He maintained that he heard a voice commanding him, as a Christian, to free the Zanzibari people from the Arabs and it was Okello who led the revolutionaries - mainly unemployed members of the Afro-Shirazi Youth League - on 12 January. One commentator has further speculated that it was probably Okello, with the Youth League, who planned the revolution. The bodies of Arabs killed in the post-revolution violence as captured by the Africa Addio film crew Revolutionary Council was established by the ASP and Umma parties to act as an interim government, with Karume heading the council as President and Babu serving as the Minister of External Affairs.

The country was renamed the People's Republic of Zanzibar and Pemba, the new government's first acts were to permanently banish the Sultan and to ban the ZNP and ZPPP. Seeking to distance himself from the volatile Okello, Karume quietly sidelined him from the political scene, although he was allowed to retain his self-bestowed title of field marshal. However, Okello's revolutionaries soon began reprisals against the Arab and Asian population of Unguja, carrying out beatings, rapes, murders and attacks on property.

He claimed in radio speeches to have killed or imprisoned tens of thousands of his "enemies and stooges", but actual estimates of the number of deaths vary greatly, from "hundreds" to 20,000. Some Western newspapers give figures of 2000- 4000; the higher numbers may be inflated by Okello's own broadcasts and exaggerated reports in some Western and Arab news media.

The killing of Arab prisoners and their burial in mass graves was documented by an Italian film crew, filming from a helicopter,for Africa Addio and this sequence of film comprises the only known visual document of the killings. Many Arabs fled to safety in Oman, although by Okello's order no Europeans were harmed. The post-revolution violence did not spread to Pemba. By 3rd February Zanzibar was finally returning to normality and Karume had been widely accepted by the people as their president.

Previous Story
The Zanzibar Uprising 1964 - Are the Arabs African Citizens or Settlers?
Next Story

The Zanzibar Uprising 1964 - Are the Arabs African Citizens or Settlers?

Previous Story
Tagged:
Copyright © 2012 Tanzania Daily News. All rights reserved. Distributed by AllAfrica Global Media (allAfrica.com). To contact the copyright holder directly for corrections — or for permission to republish or make other authorized use of this material, click here.