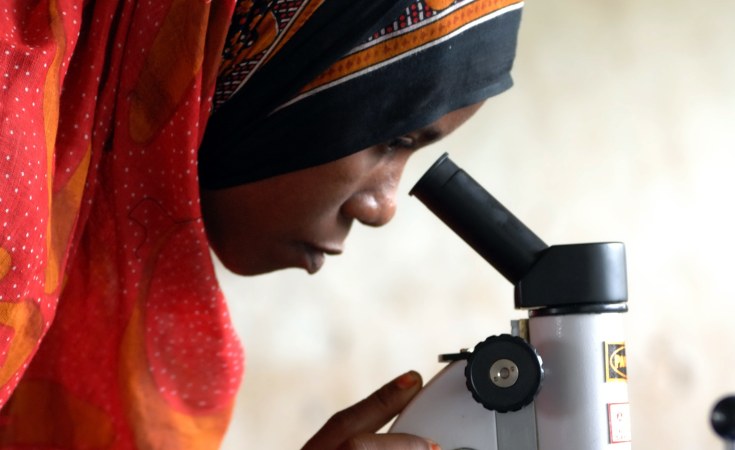 Abuja — Nigeria is to get a dedicated science fund similar to the US National Science Foundation, to provide support for research in the country.

The National Science Research, Technology and Innovation Fund, announced last month (25 January), will be run by an independent board and headed by Nigeria's president Goodluck Jonathan, a scientist by training.

Nigeria's recent science, technology and innovation (STI) policy, approved in December by Nigeria's highest decision-making body, the Federal Executive Council, advocated for a minimum of one per cent of the country's gross domestic product (GDP) to be spent on science by the public and private sectors, and international organisations.

The fund has been set up in line with recommendations of the policy, but specifics on how it will operate have not yet been released.

A source in the science ministry said that the money for the fund would come from the government, along with the private sector and development agencies.

At present, research funds come primarily from the budgets of individual agencies and of international agencies. There is no specific science fund.

Previous research funds have been proposed, such as one in 2006 with a planned endowment of US$5 billion from oil revenues - but none of these proposals was successful.

But hopes are high for this new fund as the idea comes from the new STI policy, which the government says it will start implementing soon.

The permanent secretary of the science ministry, Dere Awosika, said that the Ministry of Finance was due to announce the budget of the fund in the next two weeks.

Nigeria's minister of information, Labaran Maku, said the creation of the fund meant the country was "taking a major step" in realising its development agenda, 'Vision 2020'.

The fund will be independent, managed outside the regular government funding system and open to applications from all Nigerian research organisations, said Maku.

The director-general of the National Agency for Science and Engineering Infrastructure, Olusegun Adewoye, called on the government to provide an endowment of US$10 billion.

He said the country needs a science strategy to decide how to spend the money.

"Before the money is touched at all, there should be a strategic plan for what Nigeria needs to do in two, five and in 25 years," he said, adding that Nigeria should concentrate on building up research areas that it can succeed in.

The president of the Nigerian Academy of Science, Oye Ibidapo Obe, suggested to SciDev.Net that a percentage of national tax income should be set aside to finance the fund.

He said the fund should be operated in a transparent way by a committee consisting of members of the Nigerian Academy of Science and similar organisations.

The secretary-general of the Uganda National Academy of Sciences, Justin Epelu-Opio, welcomed the fund and said his academy would advocate a similar fund in Uganda.

Africa Must Turn Its Health Research Into Treatments for African People

Previous Story
Tagged:
Copyright © 2012 SciDev.Net. All rights reserved. Distributed by AllAfrica Global Media (allAfrica.com). To contact the copyright holder directly for corrections — or for permission to republish or make other authorized use of this material, click here.