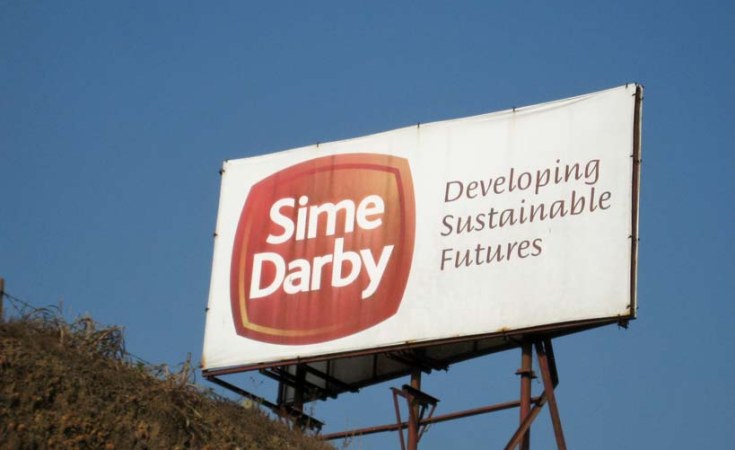 On a recent hot Saturday afternoon, tempers flared outside a school building in the village of Madina as organizers tried to work out who could and could not attend the meeting inside between the visiting government delegation and community representatives. The meeting's agenda was clear: the activities of Sime Darby Plantation Liberia (SDLP) and their impact on the surrounding land and its inhabitants.

Often referred to as "the biggest company in Malaysia", the Kuala Lumpur-based Sime Darby Berhad conglomerate's interests include palm oil and rubber production, motors, energy and healthcare. One of the most prominent in a club of new, high-profile investors committed to long-term projects in Liberia, SDLP's future activities are meant to bring Liberia billions of dollars in revenue and some 35,000 jobs, leading the way in regenerating an oil palm sector that has been neglected for years.

But SDLP's presence in Grand Cape Mount County has, for now, generated considerable friction and frustration amongst local communities.

"We are not saying Sime Darby should leave," human rights campaigner and local resident Alfred Quayjandi said as he prepared for the meeting in Madina. "But there are things the government must address."

Residents of the riverside village of Singhiam, a 30-minute drive from Madina through land stripped of forest and farmland, are quick to outline where they want to see action and where they feel the government and company have failed. Their main grievance: lost livelihoods. "There is no work here now, everybody is just sitting down," says farmer Fakamoh Touray. "It's no joke. That's why you see people running to Madina for meeting after meeting. They have got no food here."

Fatou Touray says she was ordered to stop planting in areas that were to be taken by the company and complains of receiving a single bag of rice for land that previously yielded cassava, pineapple, okra and other crops. "How am I going to pay my children's school fees now?" Turay complained. "Sime Darby did not pay correctly. They damaged our property. We are just depending on God now."

Villagers pointed disdainfully at a block containing four latrines, arguing this has been one of the few concrete benefits to have come from the company.

The connections between Liberia and Malaysian conglomerates are not new. In 1977, Kumpulan Guthrie, later acquired by Sime Darby, worked with the government-owned Liberian Rubber Processing Corporation. Much of the land being targeted by the current Sime Darby operation lies within the old Guthrie Plantation area.

In 2009, Sime Darby was awarded 220,000 hectares as part of a 63-year concession agreement and began operations in the country. Planting the first plantation tree in May 2011, visiting chairman Tun Musa Hitam told those present: "We believe in Liberia and its people," and pledged his company would invest U.S.$3.1 billion over 15 years, looking to get production started in June 2015.

But tensions have steadily risen between the company and host communities. In October 2011, community leaders in western Liberia wrote to the Roundtable on Sustainable Palm Oil (RSPO), the global association that acts as a forum for different stakeholders in the sector, sounding the alarm. They accused SDLP of "destruction of our sacred sites, destruction of our crops, damming of our creeks and streams, filling in of our swamps and forceful displacement of our people without adequate compensation". They called on the RSPO to get Sime Darby to "halt all land acquisition and land preparation in Liberia while the current situation is investigated and resolved".

An expanding environmental lobby in Liberia, headed by Green Advocates and the Sustainable Development Institute (SDI), has joined forces with international bodies, including the Forest Peoples Programme and the Rights and Resources Initiative (RRI), to highlight developments in western Liberia, warning of the wider, negative implications both for a recovering Liberia and other, similar plantation ventures.

An op-ed piece in The New York Times, published January 20, just four days after President Ellen Johnson Sirleaf's inauguration, acknowledged the president's many "admirable accomplishments", but warned her government "may now be sowing the seeds of future conflict by handing over huge tracts of land to foreign investors and dispossessing rural Liberians". The article noted a visit by Johnson Sirleaf to Grand Cape Mount County in January, when she reportedly told local villagers: "When your government and the representatives sign any paper with a foreign country, the communities can't change it."

This is not the first time the government has had to fend off criticism of its strategy on concessions and its handling of Liberia's resources.

The government's critics concede that some of the mistakes made are down to inexperience and a certain naiveté, pointing out that companies like Sime Darby have billion dollar budgets that dwarf Liberia's own financial resources. Alfred Brownell, who heads Green Advocates and has been Liberia's lead campaigner on the Extractive Industries Transparency Initiative (EITI), accuses incoming corporations of trying to dupe Liberians with billboard campaigns and empty slogans while falling far short on their production and employment promises.

"This is about bread and butter and people want to see that bread and butter," Brownell said. He talks of a lack of "due diligence" when the government looks at its corporate partners, with nominally independent bodies not doing any proper investigation.

Government negotiators need training, argues SDI Coordinator Jonathan Yiah, if they are not to be outmaneuvered, but they also have to understand national priorities: "They should really think about their citizens first, how much the citizens of the country are losing by this contract? Let that question be clearly answered before any contract is signed."

Sime Darby has strongly denied the charges made against it. Recent statements posted on its website have stressed SDLP's commitment to sustainable agriculture and its "regular and direct engagement with communities, adherence to national laws and regulations, environmental stewardship and the use of best agricultural practices". SDLP argues that its Liberian concession area "is mostly abandoned agricultural land neglected during the civil wars, and degraded forests".

The company strongly refutes allegations of land-grabbing and buying up crops at knockdown prices, emphasizes its recruitment of Liberians and issues a strong reminder on its commitment "to improve infrastructure, amenities and schools". The company argues that it undertakes rigorous social and environmental impact assessments before any development begins and places a premium on obtaining the free, prior and informed consent of local communities affected by its operations.

Alfred Quayjandi challenges Sime Darby's defense, saying tree and plant sales with local farmers were often rushed through, with the farmers invariably losing out. Quayjandi accused both government and company of presenting a confused and angry population with a fait accompli, failing to consult local communities and bypassing or snubbing the local administration and traditional chiefs. "How can Sime Darby say they sat with us? They never engaged with us at that level," Quayjandi said.

Accused of blocking a proper dialogue between communities and company, the government is now preaching moderation. The Ministry of Agriculture, part of an inter-ministerial task force looking at the problems in the west, has talked of reviewing land sales and compensation arrangements for farmers. There are hints too that Sime Darby may be trying to address shortcomings in its approach to communications and consultation.

James Otto of the Sustainable Development Institute urges all parties to talk to each other before planting gets underway in other counties, such as Gparpolu and Bong. Otto says communities there need to watch out for the negative effects of fertilizers and water pollution, while Sime Darby must take its responsibilities more seriously.