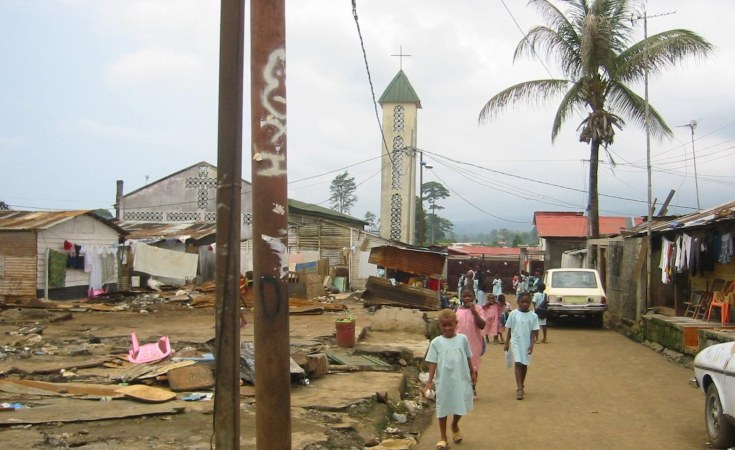 Photo: Angela Stuesse
The oil rich country has some of the lowest health and education levels in the world.
allAfrica.com
guest column By John Githongo and Tutu Alicante

If only African leaders put as much time, resources, and creativity into enforcing the law as they do trying to evade it. While politicians viewing themselves as above the law is not unique to Africa, African politicians seem to have turned it into an art form.

Now an African president is taking this artistry to another level by audaciously trying to place his son above the laws of another country. And he is shamelessly seeking to use an international organization to accomplish it.

The president in question is Teodoro Obiang of Equatorial Guinea, the world's longest ruling leader. In October 2011, just two weeks after French police raided a luxurious mansion in an upscale neighborhood in Paris and seized some 11 high-end sports cars belonging to his son, Teodoro ("Teodorín") Nguema Obiang Mangue, President Obiang appointed Teodorín to the country's diplomatic mission to UNESCO, based in Paris.

The move, which President Obiang stated was made "in response to the circumstances of Teodoro Obiang Mangue," seems clearly designed to grant Teodorín diplomatic immunity. This could shield Teodorín from the French government's ongoing investigation into alleged corruption and money laundering by high-level officials from Equatorial Guinea, Gabon and the Republic of Congo. As part of that investigation, a French prosecutor recently approved an international arrest warrant for Teodorín for money laundering.

Teodorín's lawyers assert their client came by his fortune honestly, and has been falsely accused. But rather than allowing the French investigation to run its course in confidence that his high-powered lawyers can defend his innocence, Teodorín's father has decided instead to attempt to flout the rule of law and abuse UNESCO's standing to block the probe and what it might uncover. His government has also threatened "retaliation" against France for pursuing its corruption case against Teodorín.

President Obiang's attempt to obviate the French criminal system for his son's benefit represents the latest maneouvre by an African leader to put self-interest ahead of justice and the rule of law. Now the burning question is whether the French government, and specifically the French foreign ministry, will let him get away with it. Will France be cowed by the Equatoguinean government's threats, or will it defend what is right?

The French government, of course, is not guilt-free when it comes to African corruption. Numerous scandals involving corrupt payments between French and African government officials have come to light in recent years.

But the ongoing corruption cases against the three African leaders - and the attempt by President Obiang to misuse UNESCO - provide the French government the opportunity to demonstrate a renewed commitment to fighting corruption and impunity.

To enjoy the benefits of diplomatic immunity, Teodorín must first receive a special residency permit from the foreign ministry in Paris. By denying President Obiang's thinly veiled effort to use UNESCO to shield his son from investigation, France can send a message to leaders worldwide: the international community will abet neither corruption nor impunity.

We Africans would welcome this message. Despite decades of promised reforms and the efforts of many committed anti-corruption activists and organizations across Africa, corruption remains one of the biggest obstacles to economic growth and political stability on the continent.

Ordinary Africans possess an intimate understanding of corruption and its impacts on their daily struggles to provide better futures for themselves and their children. Just ask any Angolan, Equatoguinean, Nigerian, South African, Ugandan or Zimbabwean about corruption. Africans can work out the consequences when government officials drive past in new Mercedes Benzes while nearly everyone else struggles to put food on the table and pay for school uniforms.

We Africans must do our part to press for accountability. But in an increasingly globalized world in which money can easily be spirited out of state treasuries and into opaque offshore bank accounts, opulent homes and fancy sports cars, the task of policing impunity and holding leaders accountable is one that requires international diligence. When our leaders attempt to abuse an international agency, the world community must take steps to ensure that the standards of justice and the rule of law are protected.

John Githongo is the chief executive officer of the Inuka Kenya Trust and a former permanent secretary for Governance and Ethics in the Kenyan government. Tutu Alicante is the executive director of EG Justice, an organization which promotes respect for human rights and good governance in Equatorial Guinea. 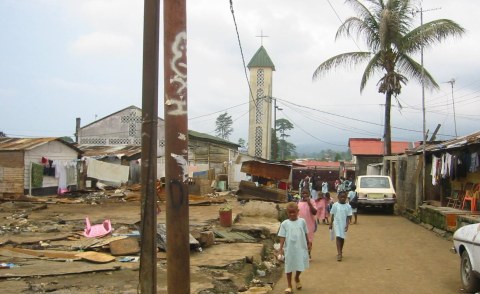 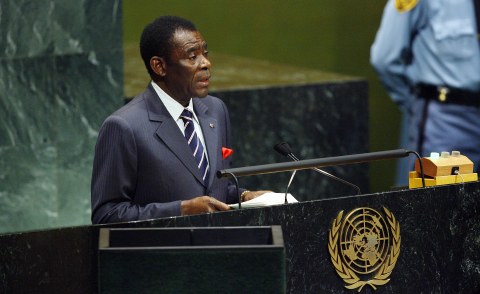 Equatorial Guinea: Controversy Hounds Obiang Prize
Tagged:
Copyright © 2012 allAfrica.com. All rights reserved. Distributed by AllAfrica Global Media (allAfrica.com). To contact the copyright holder directly for corrections — or for permission to republish or make other authorized use of this material, click here.