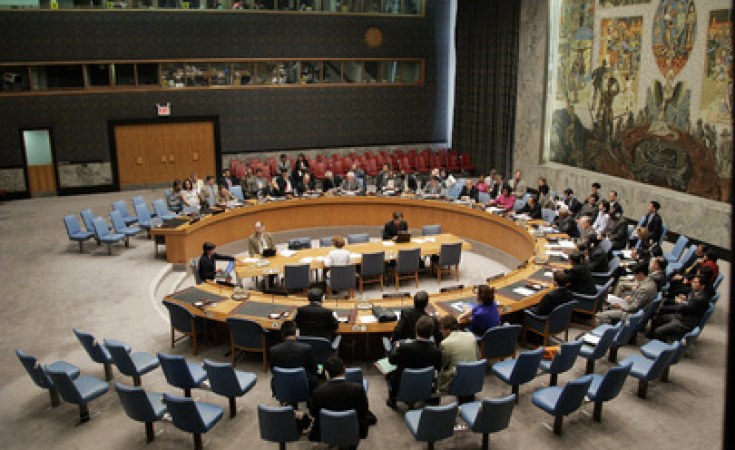 Dakar, Senegal — When dealing with northern Mali, it is crucial policymakers examine and understand all the complex local factors.

The crisis in northern Mali has become a veritable Rorschach Test for experts in broad subjects like 'counter-terrorism', 'geopolitics' and 'security'. That pundits and policymakers peer into the mess and see a "West African Afghanistan" or "Somalia in 'the heart of Africa'" perhaps tells us more about the analysts than it does about the actual crisis.

To be clear, the situation in northern Mali is dire. Armed conflict and food shortages have driven over 400,000 people from their homes. A hastily planned coup d'état has left a government once considered a model of African democracy in shambles. Al-Qaeda-linked Islamist groups that control a vast desert expanse roughly the size of France are implementing a strict and destructive version of Sharia law.

For its part, the international community has identified the situation as a potential threat to international peace and security. Western and African governments alike are concerned that ungoverned swathes of the Sahara could become a jihadist haven. Although details of who, how and when are yet to be sorted, outside intervention appears to be a fait accompli in certain diplomatic circles.

One might wonder how a country like Mali went from geopolitical afterthought to new front in the global war on terror in just six months. The answer is as much about perception as it is facts on the ground.

While it is certainly true that northern Mali constitutes a danger, the country's heretofore low-profile has allowed deeply flawed analyses to perpetuate. Strained analogies and sweeping generalisations are defining the conversation and oversimplified narratives are driving the policy debate.

Mali is now viewed largely through the lens of counter-terrorism and to date few policy proposals account for the complex and interrelated local structures that will shape the security outcomes in northern Mali. This is a problem. Any intervention not delicately calibrated to local socio-political dynamics risks exacerbating the crisis, undermining the very goals policymakers aim to achieve.

Linking external intervention to local realities in Mali will be no small undertaking. As Islamist groups consolidate control in the north, there is a growing misconception that the situation may have finished shifting, with clear-cut interests and alliances beginning to take shape. But reports on the ground suggest otherwise. Political posturing in northern Mali is as volatile and fluid as ever, with a panoply of actors - internal and external - acting on behalf of a mix of ideological affiliations, economic interests, pre-existing grievances, ethnic identities, tribal networks and even personal animosities.

All politics is local

Though all of northern Mali is technically under the control of Islamists groups, northern cities such as Gao, Timbuktu or Kidal are different places with their own unique histories, political structures and circumstances. Outside observers have been quick to assume that a watershed event in one city - such as a protest, the destruction of a shrine, or a public execution - resonates strongly with the populations of the others. Political developments instead ought to be framed within each local context.

In the city of Gao, for example, local and often counter-intuitive intricacies are shaping the attitudes of the population. The same residents who oppose the implementation of Sharia law by the their Islamists occupiers - Movement for Unity and Jihad in West Africa (MUJWA) - are those who welcome the groups' ascendancy at the expense of the secular Tuareg group the National Movement for the Liberation of Azawad (MNLA).

For much of Gao's population, the MNLA's brief reign was associated with anarchy, looting and physical abuse. As a separatist movement born out of the insular sphere of Kidal-based politics, the MNLA's failure to win over Gao's population left a political opening for MUJWA. Many Gao residents welcome the modicum of security that came with MUJWA and view the MNLA's departure as the first step in a broader process of 'getting things back to normal'.

The city itself, strategically located at the edge of the Sahara desert, is northern Mali's largest and most diverse urban environment. Until recently, several ethnic groups, including the Songhai, Fulani, Tuareg, Arabs, Bella and Bambara lived side by side.

Now, ethnic Tuaregs, regardless of political allegiance have fled the city for fear of association with the MNLA. Meanwhile, Songhai and Fulani populations are trying to marginalise MUJWA through dialogue, except for when they are publicly protesting MUJWA's policies. Despite local resistance, MUJWA, amply funded by ransom payments for Western hostages and access to criminal trafficking networks - including the main corridor of cocaine to Europe - has been able to recruit local youths to its somewhat opaque cause.

Further south, several ethnic-based militias are vowing to reclaim Gao through armed resistance. Some of these armed groups, such as the Ganda Koy and Ganda Izo (ethnic Songhai and Fulani, respectively), are legacies of prior conflicts and have demonstrated a penchant for personal score-settling and targeting Tuareg civilians.

Danger in the details

Of course, in countless other villages, cities and towns across northern Mali, different sets of power dynamics, affiliations, ideologies and motivations are shaping the relationships between an equally diverse set of actors. Add in the exponential layers of complexity that stem from transnational criminal networks, foreign interests, and the general paucity of credible information, and one has to wonder if policymakers calling for proxy wars and outside intervention fully grasp these dynamics.

Policies have consequences. Intervention has serious consequences. The bare minimum required of policy-makers - especially those only familiar with Mali as it recently pertains to their professional interests - is that they know as much as possible about a people and place before suggesting that dropping bombs or empowering young men with guns is a good idea. This is a deceptively high threshold, and it is not a comparative one. Relative expertise employed under the pretence of authority can be a very dangerous thing.

Peter Tinti is a freelance journalist and writer based in Dakar, Senegal. He was previously based in Mali, in Bamako and Gao, and writes on politics, culture, and security in West Africa, with a particular focus on Mali and Senegal. You can follow him on twitter @petertinti.

UNHCR Chief Warns of the Dangers of Inaction Over Mali

On the Spot Helping People in the North 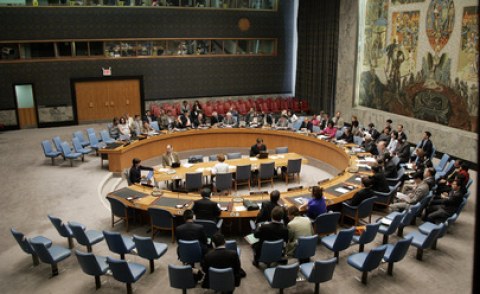 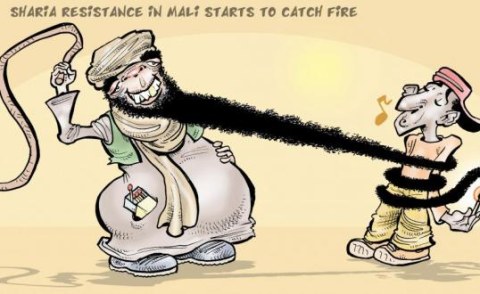 Sharia in Mali Gets Chad Talking 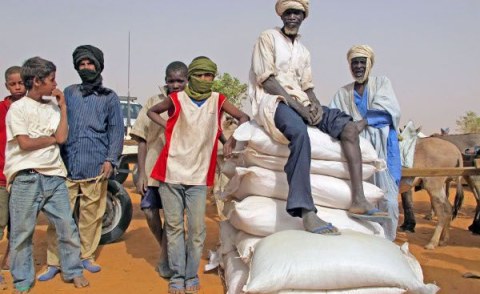 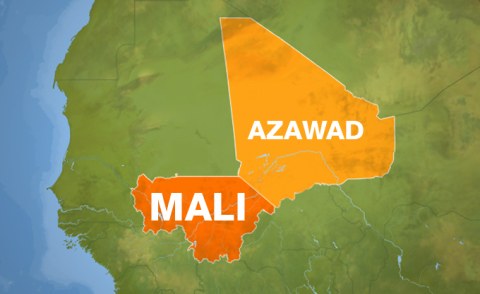 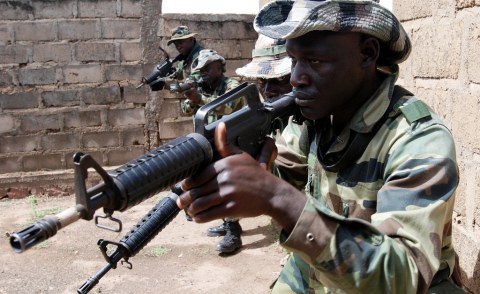 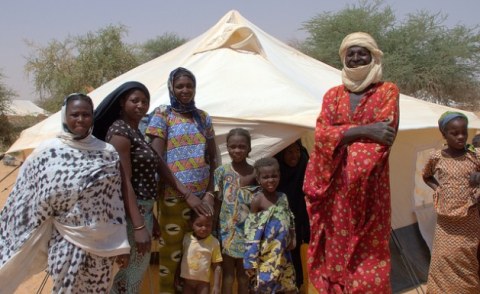 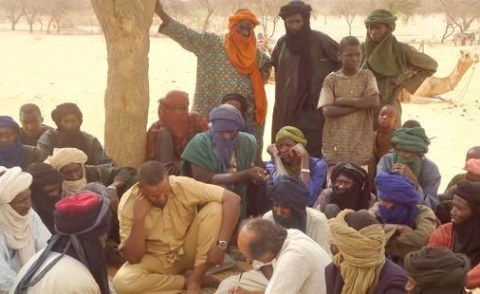 Doubt Cast Over Hague Probe for Mali Coup Crimes
Tagged:
Copyright © 2012 ThinkAfricaPress. All rights reserved. Distributed by AllAfrica Global Media (allAfrica.com). To contact the copyright holder directly for corrections — or for permission to republish or make other authorized use of this material, click here.