Africa: Time for an African Renaissance 2.0 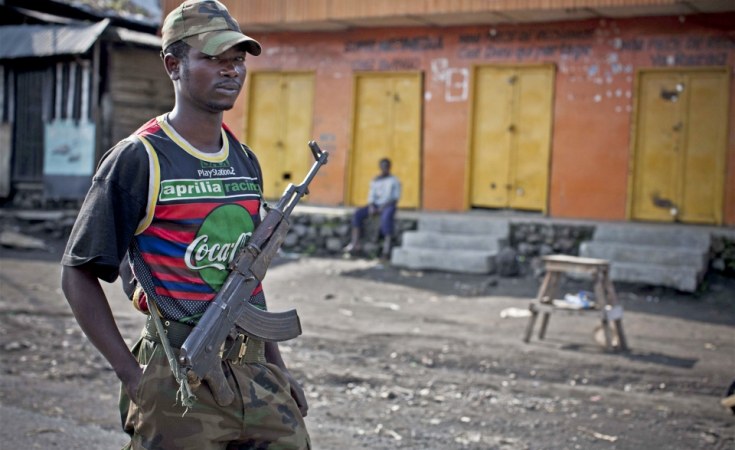 When former South African President Thabo Mbeki brought back the notion of an African Renaissance to African political circles in the late 1990s, the continent was at a different place from where it is today.

Civil war, dictatorship, bad governance and socio-economic hardship were the issues the forefathers of the "African Renaissance" sought to tackle when they set out to launch a plethora of new initiatives aimed at promoting popular participation and good governance, peace and security, boosting the economic take-off of the continent and repositioning Africa in a globalized world.

Their first step was to establish institutions and processes that would carry these ambitions forward. Thus, an African Union (AU) was founded, accompanied by the New Partnership for Africa's Development (NEPAD), outlining a vision for how Africa would achieve its renaissance. The NEPAD documents insisted on good governance as the underlying principle for African development. The NEPAD was therefore equipped with the African Peer Review Mechanism (APRM), designed to promote governance in all its aspects, from political to corporate to socio-economic development.

Those institutions and processes have been set in motion, and the Africa of today differs in many respects from what it was like in the late 1990s – although admittedly it is not picture-perfect. From being described by The Economist as the "hopeless continent," given the progress which economic indicators have registered it has now became the "hopeful continent" – despite a protracted international financial crisis.

New governance initiatives, institutions and accompanying instruments have been established and provide the basis for the promotion of common governance norms. Although conflict persists in some countries, the number of armed conflicts has declined. (The nature of much of that conflict which continues has changed, with new forms of insecurity, including terrorism, emerging.)

Politically, Africa has assumed a more important position in the world, thanks to a shifting international balance of power.

The agenda of the "African Renaissance" as conceived in the late 1990s has not nearly been achieved. The challenges facing the continent have evolved as the context has changed.

Implementation: Norms have been established, notably in the governance area. The key challenge now is to ensure that governments respect and implement them effectively. This is pivotal in ensuring that the African Renaissance supports a real transformative agenda on the continent.

Diversity: It is now necessary to move beyond the formal structures and find ways to reconcile efforts taken by the institutions (the formal actors) with what is emerging from non-institutional actors in Africa (civil society, small and larger businesses, etc.), many of which have contributed significantly to the progress recorded over the last decade.

Efficiency: The starting point in the early 2000s was to establish the right institutions and agree on the basic principles that would guide the first phase of the African Renaissance. Without them there would have been little available to hook the agenda to. The challenge for a the new "version" of the African Renaissance is to identify the key priorities that help in making the jump to the next steps. The challenges the continent is currently facing are still significant. An agreement on the crucial next steps that can take Africa yet another leap forward is critical in guiding the next phase.

Audacity: New economic and political prospects will necessarily bring about change, not only in the way Africa conducts its own policies at the national and continental level, but also in the way it engages with its development partners. Africa will need to assume its choices and take full ownership of its initiatives.

Leverage: Africa's international position has changed. This provides it with opportunities to improve the management of its international relations, to reap more benefits for its development ambitions. But this cannot be done in a vacuum. It will require a common continental vision on how development occurs. In the course of the 2000s several African leaders expressed their concerns about the vision enshrined in the NEPAD declaration, which was due to serve as a common African understanding on development. Is there a need to debate further the premises on which development was conceived in the early 2000s and agree on a new vision?

Sustainability: The failure to transform the impressive figures of economic performance of recent years into tangible socio-economic gains for the population will defeat the realization of the peace and security as well as the governance agendas of the African Renaissance. Finding ways to use quick gains to ensure sustainable impact needs further discussion by policymakers and academics. Without this, it will be difficult to sustain the momentum of an African Renaissance. Sustainability also means the ability of Africa to embrace fully the agenda of the African Renaissance without heavy dependence on international partners.

Discussions on the African Renaissance aren't an intellectual exercise of yet another African Union summit. In policy terms, this week's meeting has the potential to redefine the African agenda for the coming years and clarify the African vision of its future in the same way the AU Summit did back in 2000.

Faten Aggad-Clerx is the Africa Program Manager at the European Centre for Development Policy Management (ECDPM). This guest column is adapted from a version of this article at www.ecdpm-talkingpoints.org.

Why Conflict in Africa Is Falling