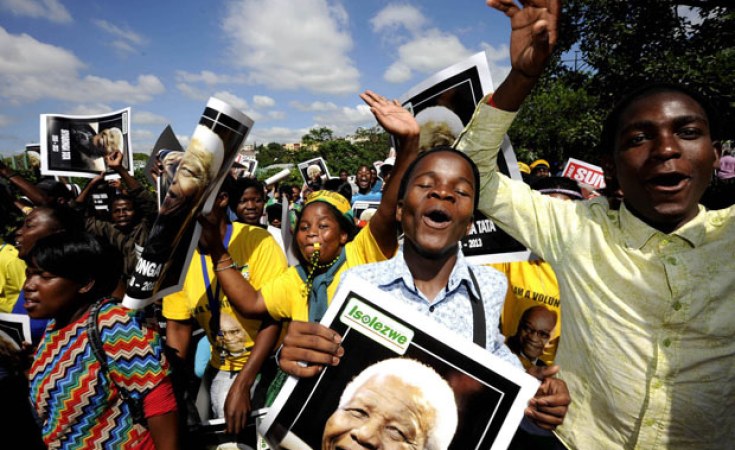 Following Nigeria's announcement that calculations of its Gross Domestic Product (GDP) may have been underestimated over the last two decades, the country's economy has been portrayed much more optimistically by mainstream media.

The Financial Times headline 'Nigeria: No 1 in Africa by 2014?' in its special edition on emerging markets, Beyond Brics, is a case in point. Similarly, headlines such as 'Nigerians optimistic about economic prospects' or 'Nigeria wins ratings upgrade for tight fiscal policy' from The Guardian and Reuters, respectively, capture the media's changing attitude towards Africa's most populous nation.

And Nigeria's economic performance has not only caught the attention of the media. The traditionally cautious business community, major global players such as the International Monetary Fund (IMF), World Bank, and influential private institutions such as Goldman Sachs, have warmly embraced this favourable analysis, setting the scene for more positive depictions of Nigeria's economy.

It appears academia, too, has joined the chorus in praising Nigeria's apparatchiks for supposedly bringing in reforms that have resulted in "unprecedented" growth.

Several commentators are now asserting that Nigeria's economy will be more important to Africa than South Africa's by 2020. These analyses in particular require a closer look.

There is little doubt that the Nigerian economy, simply in terms of size, will reach the top rung by 2020, if not earlier. By some measures, it could already be seen as the biggest economy in Africa.

Its massive population has seen its economy grow at speeds unimaginable not long ago. But does that mean Nigeria will automatically become a more dynamic and important regional economy than that of South Africa?

Measured analysis is less convincing, and show that such predictions focus heavily on Nigeria's current high growth rates at the expense of serious weaknesses and instabilities in its economy, political systems and region. In comparison to South Africa, Nigeria is still confronted by numerous challenges.

First, Nigeria's high growth rates have been driven by consistently high crude oil prices. Indeed, the story about Nigeria's growth is predominantly about oil. The primary engine for such high oil prices on the world market has been demand from BRICS countries: Brazil, Russia, India, China and South Africa.

However, since the 2008 global financial crisis, BRICS countries have been showing signs of struggling, with growth forecasts for this year cut by almost half.

If oil demand continues to weaken due to their sluggish economic performance, Nigeria's economy could prematurely plateau in a manner analogous to Japan. On the other hand, South Africa's economy is more diversified, and as a result, its growth rate, though more measured, is likely to be steady.

Second, Nigeria has, in comparative terms, a smaller entrepreneurial community than South Africa. Dependency on oil appears to have profoundly discouraged would-be innovators and entrepreneurs from other sectors, such as the 'smart' industries of finance or telecommunications.

With the exception of well-established conglomerates such as the Dangote Group, Nigeria also struggles with internationalising its companies. Indeed, there is a sense that Nigerian entrepreneurs have more interest in accumulation than in global expansion.

The Nigerian economy needs to reach out to international markets if it wants to sustain the momentum initiated by high GDP growth rates.

South Africa, on the other hand, has shown that it has the ability to take advantage of regional and international markets, with its companies such as Nandos Restaurants, MTN Multinational and Stanbic Bank, amongst many, showing the potential to become global brands.

In a manner akin to the US, South Africa has also successfully 'exported' its currency, with the rand being used as official currency in Zimbabwe, Botswana, Namibia, Lesotho and Swaziland, a move that has boosted trade with its neighbours.

Third, Nigeria struggles to retain skills and continues to see an outflow of its best minds to London, New York and Johannesburg. For the past 30 years, it has been a country exporting future engineers, economists and doctors. With its workforce, Nigeria will be hard pressed to keep up with the mature knowledge of South Africa, a country whose dynamic economy continues to see it attract some of the best people in Africa.

South Africa's top industries and universities are manned by highly qualified and some of the most sought after professionals in the region, including Nigerians. For the foreseeable future, human capital will remain South Africa's comparative advantage.

Fourth, intractable corruption in Nigeria is a formidable barrier to sustained growth. Corruption is pervasive and the problem is compounded by the fact that Nigeria lacks the political will and effective institutions to address it.

To be a dynamic economy, Nigeria needs to demonstrate interest in countering corruption by building the trust of its own people and investors. In contrast, South Africa has comparatively stronger institutions for tackling corruption, including an effective judiciary system, the very elements that are missing in Nigeria today.

Fifth, Nigeria lags behind South Africa in terms of infrastructure. Its infrastructural systems are not fully competitive, nor do they resemble 21st century standards, with its rail and road networks requiring serious attention.

Nigeria needs to invest in infrastructure that will better connect its regions to each other and the country to the rest of the world. More of everything, from ports and bridges to airports and industrial clusters, is required for trade with its neighbours, along with extensive broadband internet connections. The same is not true of South Africa, which has the region's most extensive infrastructural development.

Sixth, for an economy to grow sustainably, its immediate periphery must be stable and prosperous enough for trade. In West Africa, Nigeria is in the middle of a rough neighbourhood, with social unrest in the Ivory Coast and the unpredictable politics of Mali and Chad, amongst others, posing a threat to regional stability.

South Africa benefits from its relatively peaceful immediate region, with the 'Post-Apartheid Regional System' having seen increased stability in Southern Africa over the past 15 years.

Last but not least, Nigeria is confronted by religious violence that poses an 'existential' threat to its state, and relentless socio-ethnic tensions. In the predominantly Muslim North, for example, the activities of groups such as militant Islamists Boko Haram threaten security and political order - public goods upon which dynamic economic activity is dependent.

South Africa has its problems too

So far South Africa has been looked at as a stable entity. However, it's important to continue this analysis from the opposite direction: the sustainability of South Africa's stability. Indeed, the real threat to South Africa's leadership of the Africa region is not Nigeria, but its increasingly tense social atmosphere, undermining its fragile stability.

Despite the promise that its economy shows, incidents such as the Marikana massacre give a strong sense that South Africa's post-apartheid society still faces serious problems. Concise definition of these problems, though, has appeared difficult, with even some of the most incisive voices struggling to provide convincing explanations of what is haunting the Rainbow Nation.

South Africa's state elites and the civil and business communities need to urgently explore the causes of such a tense social atmosphere, and confront them head on. The 2000 crisis across the Limpopo River in Zimbabwe is a stern reminder that an insecure social atmosphere bodes ill.

It may only be, though, when South Africa faces a crisis of 'Zimbabwean' proportions, which may not be impossible, that Nigeria gains that precious title of being the regional powerhouse. Otherwise, the continental economic order is likely to look the same come 2020.

Simukai Tinhu has a background in International relations (London School of Economics) and African Politics (University of Oxford and University of Cambridge). His interests are risk analysis with a special focus on African countries.

What Really Happened During Asmara 'Uprising'?