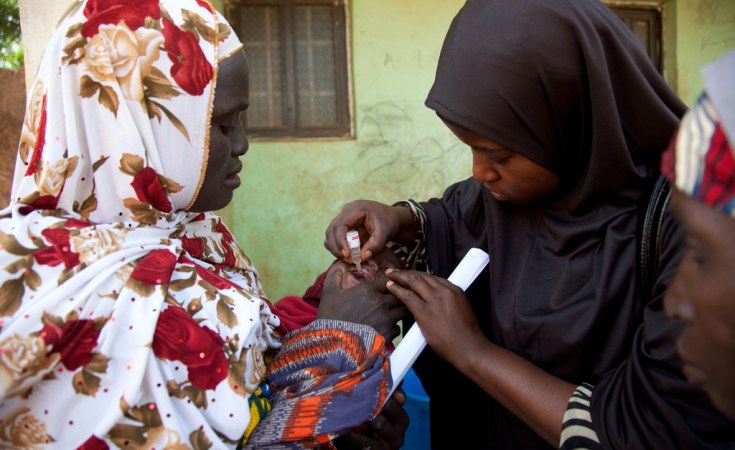 The reports said gunmen arrived on motorcycles at two community health centers and opened fire on the health workers.

Authorities confirmed the deaths and said the incidents were under investigation.

It was not immediately clear who carried out the shootings, but the Islamist militant group Boko Haram has been blamed for a number of recent attacks in the city. The motorcade of one of the city's most prominent leaders, the Emir of Kano, was attacked last month, prompting authorities to ban motorbikes from carrying passengers.

The attacks on the health workers on Friday will likely further complicate Nigeria's efforts to eradicate polio. Some influential Muslim leaders oppose polio vaccination, saying it is harmful and aimed at Muslim children.

Nigeria is one of three countries where polio remains endemic, including India and Pakistan. Islamist militants in Pakistan last month attacked health workers involved in the polio eradication campaign there.