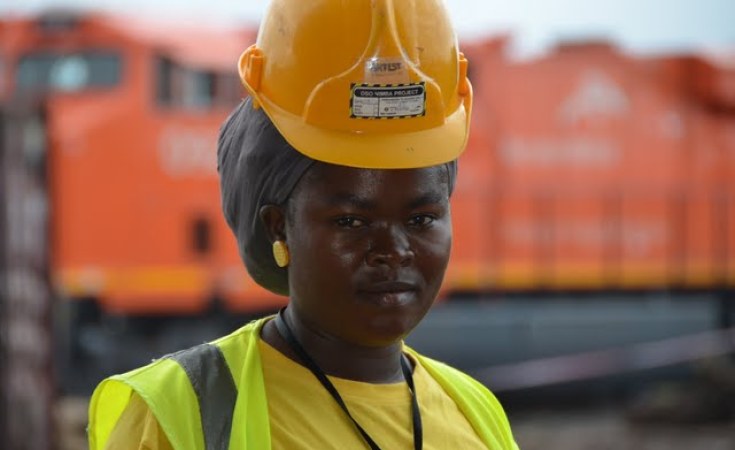 Monrovia — When 17-year-old Sona Traore represented the Child Protection Network of Liberia at a civil society event organized in conjunction with a three-day United Nations meeting in this capital city earlier this month, she knew she was not speaking for Liberian children alone.

The meeting was linked to a meeting of the 27-member High-Level Panel (HLP) appointed last July by UN Secretary-General Ban Ki-moon to explore how to follow up a campaign to end extreme poverty by 2015. Most African countries will miss many of the eight specific Millennium Development Goals (MDGs), including targets to improve health, provide universal education and protect the environment. Liberia's President Ellen Johnson Sirleaf is a panel co-chair, along with President Susilo Bambang Yudhoyono of Indonesia Prime Minister David Cameron of the United Kingdom. Other members are from civil society, the private sector and governments.

"Even though the MDGs talk about education, this time around we are really emphasizing quality education," said Traore, who was one of the advocates for youth and children's rights. She said the global community should also be concerned about girl's sexual and reproductive health.

Attendees at both meetings noted that the failure to achieve the goals by 2015 will hit young people particularly hard. The youth demographic is a rapidly growing percentage of the population in most of Africa.

"Whether you are disabled, a girl or a boy, we should all have equal access to education," insisted Traore, a student at the Muslim Congress High School in Monrovia. She said there have been some improvements in Liberia, but that "we are not there yet."

Traore and other youth leaders said that young people were not fully engaged in the formulation of the MDGs in 2000. Other representatives to the Monrovia event agreed, saying there had been little input into the MDG campaign from any the groups who will be most affected by lack of progress toward the goals.

While calling on the High Level Panel to consider access to quality basic education, the Monrovia Declaration on Children, adopted at the end of the meeting, signaled agreement with Traore's call for sexual and reproductive health care services to get priority attention.

"Our children were saying they need information about their sexuality," Rosanna Shaacks, of Touching Humanity in Need of Kindness (THINK) explains. Her organization has been helping underprivileged adolescent girls gain life skills. She said despite cultural barriers, it is necessary to talk to children about their reproductive health.

"Once a girl has had a child, her chances of going to school and completing is very slim" Shaacks said. She said children have the right to know about their bodies, and parents must be willing to explain to them.

Many delegates also mentioned the high levels of rape in many countries, including South Africa and post-conflict Liberia. The declaration on children lamented sexual violence directed at both girls and boys globally.

The statement also called on the panel to protect young people from "harmful" traditional practices like female genital mutilation and early marriages. Medical officials and researchers say that unintended pregnancies and minimal access to sex education and reproductive health services have continued to limit the potential of young women and men.

"If you don't prepare the young people, they are going to go ahead out of ignorance anyway," Rosanna explains. But she acknowledged that in Africa, culture may pose a challenge for the kind of education she says is indispensable to the achievement the MDGs. "You have to present it in a culturally acceptable way," she said

The Monrovia event was one in a series of meetings being hosted in the three countries of the co-chairs: President Ellen Johnson Sirleaf of Liberia, Indonesia's Susilo Bambang Yudhoyono and British Prime Minister David Cameron. The gathering's final communiqué said the panel will continue to consult with various stakeholders, including children, youth and women, in order to find the right framework for "sustainable development to combat poverty and enable people fulfill their potential."

Remi Sogunro is part of the Monrovia HLP secretariat who worked to organize the event. He argues that the inclusiveness of the process now contrasts with what happened during the formulation of the MDGs in 2000.

"We have learned our lessons, he said. "Now we have youth, we have women…and people from all over the globe. Everybody has a voice".

Sogunro said youth issues have come to the forefront of the MDG agenda only partly because of high youth unemployment. Youth, he said, must be empowered in several ways. Before employment, youth have got to have the right education and skills. "But even before all of that, young people need to be healthy."

Sogunro said the panel is right to be concerned about adolescent girls: "We don't want them to make decisions that will disrupt their future."

As the next HLP, scheduled for Indonesia on 24-27 March takes shape, civil society groups will be watching to see whether there will be a gap between all the idealistic talk about inclusion and the reality of the process.

Previous Story
The MCC - Will Simplicity Destroy Credibility?
Next Story
The Children Are Smiling But There's So Much More to Do - Ellen Johnson Sirleaf

The MCC - Will Simplicity Destroy Credibility?