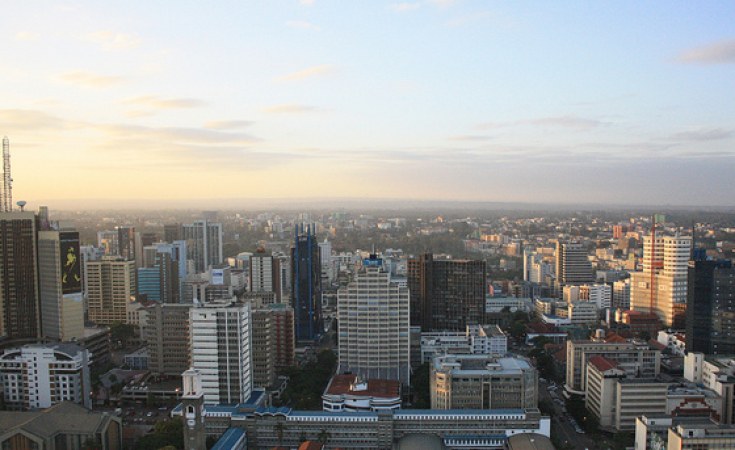 President Uhuru Kenyatta of Kenya has unveiled plans to make Nairobi an international financial centre and had called on the United Bank for Africa Plc (UBA) to play a pivotal role in seeing to the actualisation of the plan.

Speaking in Abuja at a luncheon organised in his honor on Monday by UBA, Kenyatta said the bank, as African financial services institution was in position to bring its financial know-how to make this happen.

He lamented Africans had traditionally looked outside for development partners. He commended UBA for its continental expansion in general and the establishment of the Kenyan office in particular stating that the bank's African outlook was noteworthy.

"We look at you as partners who will oil the wheel of progress, helping to create the kind of investments that will grow our economies and create jobs" he stated.

According to the Kenyan President who addressed the gathering of senior UBA executives and top Nigerian businessmen, Africa is a continent of great potentials, particularly in human resources and therefore the need for banks and financial institution like UBA to support the entrepreneurial aspirations of the people.

He said the expansion to Africa by the bank was well thought out and was propelled by the vision to be a role model institution with African origins that will last for perpetuity. He reiterated UBA would continue to partner with governments and other institutions to develop and grow the economies of countries where the bank has presence.

"As the only African bank with presence in 19 African countries and three global financial centers such as New York, London and Paris, we have created a platform for Africa and African related businesses. We urge Your Excellency and indeed other African Presidents to continue to provide the enabling environments for businesses to thrive" said Uzoka.

Is Kenya the New Haven for Tax Dodgers?

Next Story
Tagged:
Copyright © 2013 This Day. All rights reserved. Distributed by AllAfrica Global Media (allAfrica.com). To contact the copyright holder directly for corrections — or for permission to republish or make other authorized use of this material, click here.