Mali: IBK the Shapeshifter - A Portrait of Mali's Probable Next President 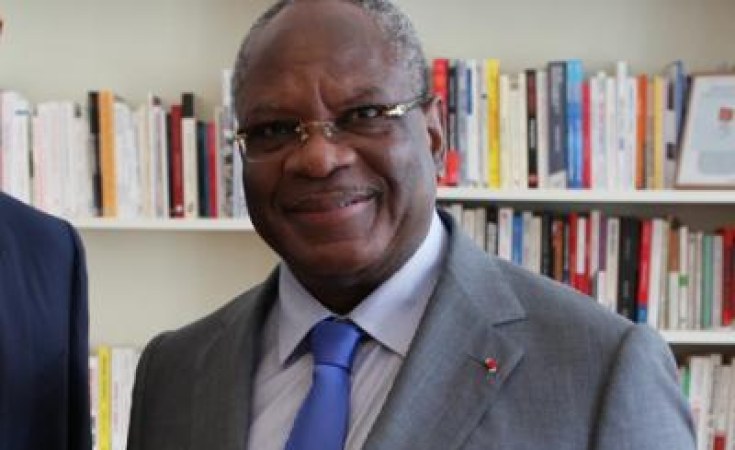 A central figure in Bamako's corridors of power for several years, Mali's presidential frontrunner is the epitome of political flexibility.

Ibrahim Boubacar Keita, first-place finisher in Mali's 28 July first round of presidential voting, had always been expected to make a strong showing in this race, having run for president twice before. As the 11 August run-off election nears, his 40% share of first-round ballots - twice that of his rival, Soumaïla Cissé - makes his victory all but assured. At 68, he is taking his last shot at the presidency, and appears set to win it in style.

Popularly known as IBK, Mali's likely next president has been a pillar of the classe politique in Bamako for several years. If any candidacy in this election carried an air of inevitability, it was his.

IBK is a seasoned political operator with over two decades' experience in public life. After pursuing degrees in History and International Relations from the University of Dakar and the Sorbonne (where he befriended former Ivorian president Laurent Gbagbo), he spent the first phase of his career working for French think tanks and NGOs. During Mali's democratic transition in the early 1990s, he became a trusted ally to President Alpha Oumar Konaré, who made him an adviser and spokesman before naming him ambassador to the Ivory Coast, then foreign minister (1993-1994), and finally prime minister (1994-2000).

As PM, IBK gained a reputation for governing with a firm hand. He faced down student protests and labour strikes in Bamako, negotiated peace with a Tuareg rebel group (the Mouvements et fronts unifiés de l'Azawad, a precursor to today's MNLA), and oversaw the creation of decentralised local governments. Throughout this period he also chaired Konaré's ADEMA party, but, after a falling out with Konaré in February 2000, resigned from government and subsequently left ADEMA. He founded his own party, the Rassemblement pour le Mali, in 2001 and campaigned for the presidency one year later.

Official results of the 2002 election's first round, which saw Keita finish third behind the independent Amadou Toumani Touré and ADEMA's Soumaïla Cissé, were delayed under dubious circumstances. Many Malians thought that Keita was cheated of a spot in the second round - his share of ballots was only 0.28% behind Cissé's - and that he would have been the stronger candidate against Touré. But despite supporters' allegations of fraud, Keita did not contest the results, thus averting a potential post-electoral crisis.

"Bamako was in revolt, and rightly so!", he told an interviewer from Jeune Afrique. "I held a meeting. When I arrived, the crowd's enthusiasm was at its peak but when I left, I could sense the incomprehension, even contempt, because by calling for calm I was going against the crowd." (In light of this history, Cissé's poor showing this year must bring immense satisfaction to IBK's camp.)

A few months later, IBK was elected to Mali's National Assembly, representing one of Bamako's six districts. He spent the next five years as the assembly's speaker. President Touré ruled by "consensus politics" - a style subsequently identified as his regime's fundamental weakness - with various parties and factions participating in his government. IBK endorsed this approach, collaborating with the broad ruling coalition that included ADEMA and other parties. Yet he also occasionally criticised the president's actions, for example by denouncing the Algiers Accords which was negotiated by Touré's government with Tuareg rebels in 2006.

After losing again to Touré in the 2007 presidential race, IBK was re-elected to the National Assembly but was succeeded as speaker by Dioncounda Traoré, the current interim president.

IBK has proven adept at balancing tensions, even contradictions, concerning his loyalties and beliefs. Despite being a member and former vice president of the Socialist International, he has shown no ideological commitment to socialism, and as PM presided over the Malian economy's liberalisation.

Meanwhile, described as a "bon vivant" and a Francophile who never turned down a glass of wine, he also proudly wears the label "el hajj" (an honorific for Muslims who have completed the pilgrimage to Mecca). He gained the support of Mali's conservative Islamic associations in 2002 (allegedly by pledging to support their social agenda), and this year won the backing of Sabati, a powerful new Muslim political pressure group.

His attitude toward the junta that ousted President Touré in 2012 is equally incongruous. IBK quickly condemned the coup, and says he asked the junta's Captain Amadou Sanogo - while surrounded by the captain's armed men in his Kati barracks - to step down. In January 2013, however, IBK supported the junta's divisive calls for a national conference, even as Islamist militants in the north were routing the Malian army. Then, on the campaign trail, IBK adopted Sanogo's "zero tolerance" slogan against corruption. And in the end, many Malians considered him the junta's preferred candidate.

"This man, Ibrahim Boubacar Keita", wrote an anonymous critic in the Bamako press, succinctly summarising IBK's political approach, "has rarely shown consistency in his political choices." Indeed, IBK can be seen as being canny with his positions and relationships. Politically and personally he associates with almost anyone; he appeals in one moment to nationalist, anti-France and anti-ECOWAS audiences in Kati, and then boasts to French journalists of his friendship with French president, François Hollande, and the African barons of la Françafrique the next.

What can Malians expect from IBK?

IBK's campaign platform contains the requisite glittering generalities - strengthening the armed forces, promoting national unity, creating jobs. Some of its proposals, such as making school free and mandatory until age 16, or turning Bamako into a regional rail hub, are so lofty as to sound idealistic, and while he is certainly ambitious, he is not known for his idealism.

But whoever becomes Mali's new president will have limited leeway to set political priorities. Although the very notion of negotiating with Tuareg rebels is deeply unpopular in Bamako, he will face a looming imperative to begin comprehensive talks under the provisions of the June peace deal signed in Ouagadougou. Donor governments will hold considerable sway over the outcome of these talks, and, given their recent track record, won't hesitate to make him toe their line. With $4 billion of promised contributions for development and reconstruction at stake, he will be at least as accountable to Mali's donors as to its citizens.

Ibrahim Boubacar Keita is no dogmatist or radical. He takes supple stances and cultivates wide-ranging relationships. But while unlikely to be a visionary president, he could prove an effective one. At a time when Mali's republic is badly degraded and its people divided, IBK's shape-shifting qualities might be what the country needs in a head-of-state. His talent for forging partnerships across political fault lines could serve him, and his nation, well.

Given Mali's dependent position, however, the power of its next president to pursue his own agenda and chart his nation's future course will be severely constrained. And even for an elder statesman like IBK, leading Mali out of crisis is going to be a daunting task.

Bruce Whitehouse is Frank Hook Assistant Professor in the Department of Sociology and Anthropology at Lehigh University in Bethlehem, Pennsylvania. He spent the 2011-2012 academic year as a Fulbright Scholar affiliated with the Université des Lettres et des Sciences Humaines in Bamako, Mali. His book Migrants and Strangers in an African City: Exile, Dignity, Belonging was published last year.

Keita and Cisse to Face Off in Second Round