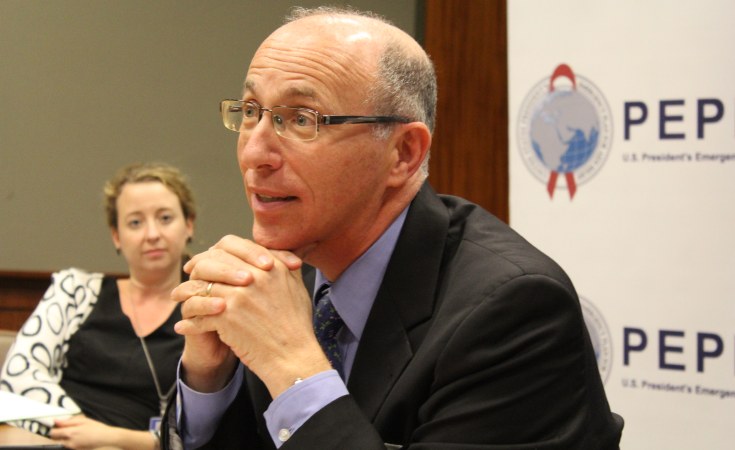 Zambia's government says it has met the challenge raised in the 2001 Abuja Declaration for African countries to spend at least 15 percent of their annual budgets on health care. Officials say part of that spending is helping keep a half million HIV-positive Zambians alive with antiretrovirals (ARVs).

But one prominant Zambian activist says the country's ARV program is not sustainable and the government lacks a clear plan for the future.

"If I was president of the country, I'd be losing sleep," said retired Zambian physician and HIV/Aids activist Mannasseh Phiri in a recent presentation in Lusaka on HIV/Aids.

At least two-thirds of the funding for Zambia's U.S.$120 million ARV program comes from external donors, according to official figures. Given the high percentage of foreign funding, Zambia is not prioritizing the continuity of its ARV program sufficiently, according to Phiri.

"We know that resources are limited, but there must be some kind of sustainability plan," said Phiri, who believes that American taxpayers are keeping Zambians alive. "It is not morally right to have another country sustain the lives of your people, and you don't have a plan."

While Phiri questions whether Zambia has an official ARV funding strategy, the country has started to invest more in the program. This year, the Zambian government will spend $35 million on ARVs, a significant increase from the $10 million it contributed last year, according to Albert Mwango, Zambia's national ARV program coordinator.

The government recognized that it needed to increase its contribution to continue to engage its partners - the United States and the Global Fund to Fight Aids, Tuberculosis and Malaria.

"We were spending very little in terms of our resources," Mwango said in an interview. "So [the] government decided we should show serious commitment to fighting HIV, because it's a very serious socioeconomic problem for the country."

Zambia now almost matches its partners' contributions dollar-for-dollar, according to Mwango, who said Zambia hopes to eventually own the project.

Country ownership is a priority of U.S. development efforts, but it's also the biggest challenge, according to U.S. Ambassador to Zambia Mark Storella.

"These kinds of programs can only succeed if the host country will take real ownership," Storella said at a briefing at the U.S. Embassy in Lusaka. At the same briefing, Storella's colleague Jim McAuley, the CDC's acting deputy director of programs in Zambia, predicted that it could take up to a decade for Zambia to fully own its HIV control program.

That kind of complete ownership involves not only footing the bills, but also policy implementation, the ambassador noted. But Storella remains optimistic. Zambia has shown a "remarkable level of commitment" to its partnership with the United States, he said.

Jaclyn Schiff traveled to Zambia with support from the International Reporting Project.