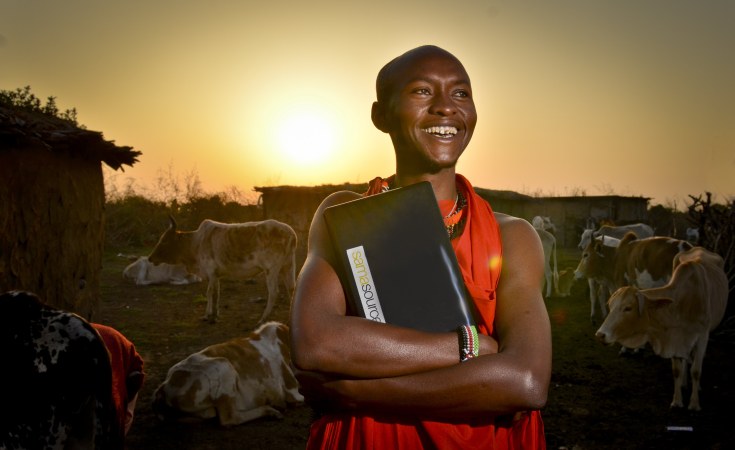 Nairobi — When David Otieno graduated from the Kenya Institute of Management five years ago he joined the estimated 50,000 other new graduates searching for employment. But luck was never on his side - so he made his own.

"One day I was looking for a job in a government office but I was sent away to make copies of my documents," he said. "I had to walk to the town center to find a stationery bureau where I could do the photocopies."

On his way back, embarrassed to have to make the trek, inspiration struck. It occurred to him that every day hundreds of Kenyans just like him had the same experience.

He made a detour. He didn't return to the prospective employer, and instead started shopping for a portable, battery-powered photocopy machine. Once he found one he set up business outside the same office that had sent him away for copies.

"I reasoned with those who needed photocopy services that it would save time if I served them instead of walking all the way to town," he said.

"At first they were reluctant but eventually they bought into my idea."

Otieno, who earns the equivalent of about U.S.$25 a day, is one of a growing number of youths in Kenya and other African countries who are using business process outsourcing (BPO) as a means of employment. From small wooden tables and booths, entrepreneurs have been providing photocopy or passport photograph services in urban areas for years, but with the explosion of ICT their business prospects have ballooned.

International organizations are stepping up their support. The Rockefeller Foundation recently launched Digital Jobs Africa, a seven-year, U.S.$83 million initiative to improve the lives of one million people in six African countries through digital job opportunities and skills training.

Economic growth through ICTs is an area that the Kenya government was banking on when it launched the Vision 2030 plan in October 2006. Its aim is to create a globally competitive and prosperous Kenya by 2030.

Mugo Kibati, director general of the Vision endeavor, said economists figured the plan could reduce youth unemployment, going by success in countries such as South Africa, India and the Philippines. Unemployment in Kenya is about 40 percent.

"We create jobs for talented young men and women who deliver high-quality content business process outsourcing services to clients globally," DDD says on its website. "This business empowers our staff with the skills and experience they need to lift themselves out of poverty."

BPO analysts estimate the global industry is worth some U.S.$300 billion - valuable because a growing number of corporations are concentrating on core competencies to cut costs.

"It makes business sense to outsource for someone who can do the back-end processing efficiently and lower in-house costs," said Liz Gicharu a business analyst in Nairobi.

Hockenstein figures that merging the concept of data outsourcing with impact sourcing is a way for businesses to achieve their bottom line while giving back to society. Impact sourcing is a process that provides opportunities to those who come from financially disadvantaged backgrounds and whose creative edge stands out.

DDD has partnered with the Rockefeller Foundation through the Digital Jobs Africa initiative to advance the impact-outsourcing model. DDD so far has recruited 250 staff in Kenya - 200 of whom have some form of disability or come from a financially disadvantaged background.

"This is a mutually beneficial relationship where they get to work for six hours a day and in exchange they receive a wage, scholarship and bursaries for their education," Hockenstein said. "The BPO industry will only thrive if it is recruiting and developing talent from youth in developing countries such as Kenya."

The Digital Jobs Africa website lists its strategy as aiming to grow the impact sourcing sector by encouraging and enabling the private sector to incorporate the practice into their business model; helping develop skills and training to prepare young people for digital jobs such as data entry, service center support, online research, tagging audio and video files, and learning Android and iOs platforms; and supporting an enabling environment for digital jobs.

The idea of digital outsourcing is taking off beyond urban areas.

Paul Kukubo, Kenya ICT Board chief executive officer, said a digital village initiative founded in Kenya in 2007 is strategically positioned to take technology to remote communities through what are called Pasha centers.

Employees like Evelyn Kalekye are already counting the benefits of such an initiative through her center in Garissa County in northern Kenya. As the assistant manager of Mwaki Systems, she is in charge of customer care and front office operations such as typing, printing, scanning and emailing.

"In a day we receive around 100 customers," she said. "But this depends on seasons."

June to September is the busiest time because this is when youths send applications for admission into higher education while graduates apply for jobs. "But we also receive groups of women and youths who are doing proposals on projects such as gender and HIV and Aids," she said.

Despite the growing opportunities that technology is generating for the unemployed in Kenya, poor electricity coverage in rural areas and power outages in urban ones are a persistent challenge.

"The biggest challenge here is network connectivity because it slows access to the Internet," said Kalekye.

But one facility in the Oloish Oibor Energy Center in Kajiado County is managing to deal with those challenges. Founded with the help of the United Nations Industrial Development Organization's Lighting Up Kenya project, the facility has solar, wind and vegetable oil energy sources to serve a community that has never really been on the grid.

"We have trained over 40 youths with help from the Microsoft Company and Computer Aid International," says manager Simon Parkesian. "The skills help them in personal management and other basic entrepreneurial needs."

The Rockefeller Foundation, which is celebrating its 100th anniversary this year, is a contributor to AllAfrica's development reporting fund. 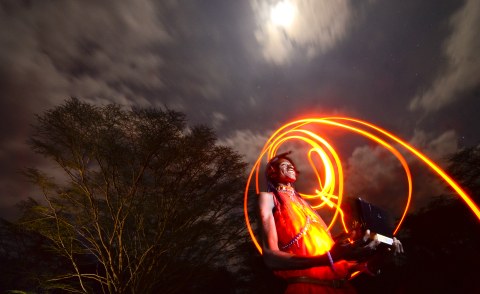 Digital Jobs in Africa
Tagged:
Copyright © 2013 allAfrica.com. All rights reserved. Distributed by AllAfrica Global Media (allAfrica.com). To contact the copyright holder directly for corrections — or for permission to republish or make other authorized use of this material, click here.