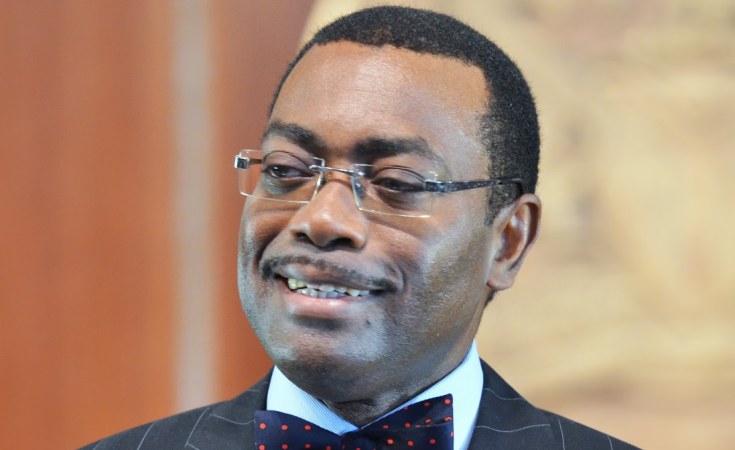 After the agriculture heyday of 30 years ago, the sector got scant attention, especially from African presidents whose nations were well endowed with natural resources, like oil-rich Nigeria. But many African leaders are returning to a focus on what their nations can grow.

Nigeria, for example, was once a major exporter of groundnuts, or peanuts, cocoa and other crops, and it was "food secure". It grew all its people needed to eat. But last year Nigeria spent over U.S.$70 billion importing food, including products made from such crops as tomatoes that can grow in abundance in Nigeria.

Nigeria's agriculture minister, Akinwumi Adesina, whose doctorate from an American university is in agricultural economics, is one of the new leaders determined to reverse that food dependence.

Nigeria, in order to build resilience and tackle food insecurity through raising agricultural productivity and food production, launched the Agricultural Transformation Agenda in 2012. The overall goals are to add 20 million metric tons of food to the domestic food supply by 2015, create 3.5 million jobs and to become a net exporter of food, Adesina has said.

Calestous Juma, director of the Science, Technology and Globalization Project at the Belfer Center of Science and International Affairs at Harvard University, said there is a "new generation" of African leaders focusing on agricultural transformation.

"Political leadership is a key driver of agricultural investment in Africa," said Juma. "This should now be followed by long-term national and regional policies that guarantee consistency in government commitment to agriculture. This is a key role that the African Union can play by maintaining focus on agricultural policy over the next two decades."

Juma, author of the 2011 book "The New Harvest: Agricultural Innovation in Africa" has said that Africa, which has the largest share of the world's uncultivated land, can feed itself in a generation and be able to export products to other regions of the world. But he said doing so would require concerted investments in infrastructure, technical training and creation of regional as well as new international markets.

"Innovation in mobile communication, crop insurance, post-harvest loss reduction and other risk-reducing incentives will be essential for raising agricultural productivity," Juma said. "But the most important investments will be rural infrastructure - power, roads, irrigation and telecoms - and political commitment."

Last July, the Rockefeller Foundation hosted a summit in Abuja, Nigeria, titled 'Realising the Potential of Africa's Agriculture: Catalytic Innovations for Growth", which brought together agriculture and finance ministers, along with other leaders from more than 23 African nations to identify concrete ways to strengthen African agricultural markets and 'value chains' to benefit smallholder farmers.

The summit was part of a series of global convenings hosted by the Foundation during its centennial year.

Judith Rodin, president of the Rockefeller Foundation, has said that across the continent there has been a renewed commitment from governments, non-governmental organisations and the private sector to move agriculture from a development challenge to a business opportunity.

The models include "those that bring increased investment to the missing middle, those small agricultural businesses that have been considered too risky for traditional lending to new kinds of insurance mechanisms that protect small-scale farmers from the consequences of climate change, and protect countries with new forms of sovereign risk insurance," Rodin told the Abuja audience. "This can be done in conjunction with other interventions at the national level for protection as well."

Nigeria is making strides to advance its agriculture industry, according to Adesina, Nigeria's agriculture minister.

"I am confident that together we will unlock the power of agriculture to grow food, to create wealth and generate jobs for millions of Africans," Adesina told the Abuja summit.

He helped launch an electronic voucher system to give local farmers access to subsidized seeds and fertilizers. The initiative has shown early success.

"We are the first African country to do that [voucher system]," he said. "That innovation has allowed us to reach 1.5 million farmers in our first year, impacting 7.5 million people in those households."

Another agriculture innovation is the use of crop insurance through African Risk Capacity (ARC), a specialized agency of the African Union that assists AU member states in addressing climate risk and its impact on food security.

"The humanitarian assistance community now, despite our best efforts, still depends on the UN appeal system," said Fatima Kassem, chief of government affairs and policy for ARC. "So what we have then is excellent crop monitoring and early warning systems, plans for response, but it's just not linked to risk finance.

"And so what ARC does is it bridges that gap. Often times the international community and governments often know what they need to do and when they need to do it but don't have the resources to actually implement."

Tying in with the growing enthusiasm among African leaders to boost agricultural production, Kassem said what is exciting about ARC is that it is "pan-African solidarity" in approaching climate risk.

She said usually it's the United Nations that brings people together to create a global policy. "But here we have an example of an African solution that can be replicated worldwide," Kassem said. "And this is really the beginning of the future of global governance and how we should be working together - understanding the realities on the ground and letting that trickle up rather than trickling down from an international system."

The Rockefeller Foundation, which is celebrating its 100th anniversary this year, is a contributor to AllAfrica's development reporting fund.