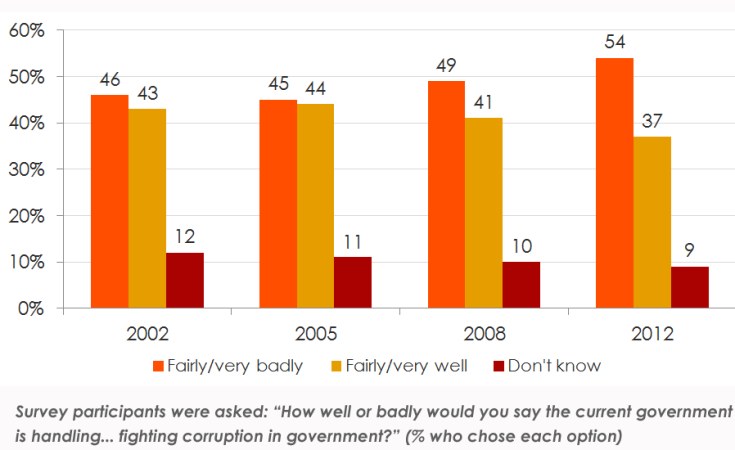 Photo: Afrobarometer
The orange bar shows how the number of Africans who believe their governments are doing a poor job of fighting corruption has increased steadily in the past decade. The statistics cover the 16 countries surveyed for the full period.
allAfrica.com
document

An excerpt from the Afrobarometer report, "Governments Falter in Fight to Curb Corruption: The people give most a failing grade", published in November 2013:

A majority of people in 34 African countries condemn their governments' anti- corruption efforts, according to Afrobarometer surveys of more than 51,000 people between October 2011 and June 2013.

Fifty-six percent of people said their governments have done a "fairly" or "very bad" job of fighting corruption; while just 35% say their governments have done this "fairly" or "very well". For the 16 countries surveyed since 2002, negative ratings have increased from 46% to 54% with only five countries showing a decline in these negative ratings over the last decade.

The negative ratings surface despite the fact that eradicating corruption and improving governance in Africa have been priorities for most major international organizations and many political leaders since the mid-1990s.

Across the 34 countries, perceptions of corruption are highest for the police, followed by government officials and tax officials. Officials in the office of the presidency are perceived to be the least corrupt.

The Afrobarometer surveys have also found that almost 1 in 5 people (16%) have paid a bribe one or more times to a government official in the past year in order to get an official document or permit. Paying a bribe to get medical treatment as well as avoid a problem with the police were the other two most cited reasons. Nearly one in three Africans (30%) has paid a bribe at least once in the past year.

Sierra Leone, Morocco, Guinea, Kenya and Egypt have the most people paying a bribe for a service or to avoid a problem. Fewer people in Namibia, Mauritius, Cape Verde and Botswana say they engage in this form of corruption.

Corruption punishes the poor the most. Africans who often go without enough food to eat perceive higher levels of corruption in their state institutions and are more likely to pay a bribe, give a gift or do a favour for a government official in order to obtain official documents, gain access to public services or avoid a problem with the police. Furthermore, the poor are especially likely to be confronted by demands for bribes in countries where experiences with corruption are especially high.

Corruption also appears to be bad for democracy. People who perceive higher levels of corruption within their state institutions, as well as those who have had to engage in petty corruption, are more likely to be "not at all" or "not very" satisfied with the way democracy works in their countries. 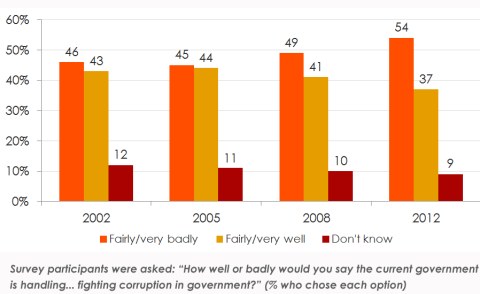 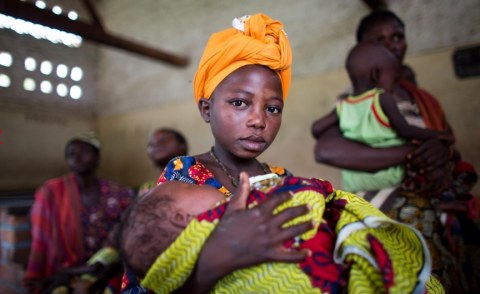 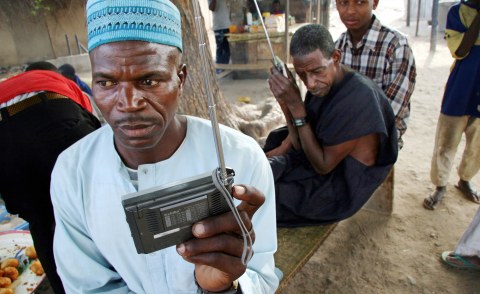 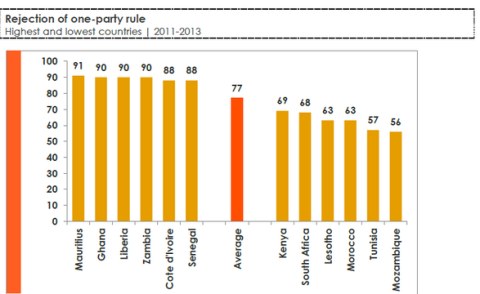 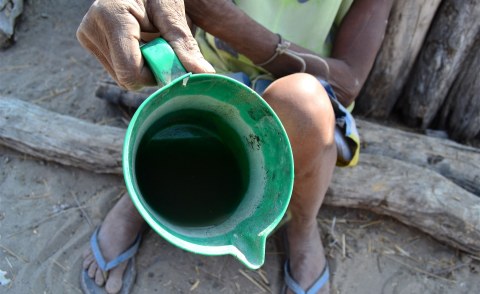 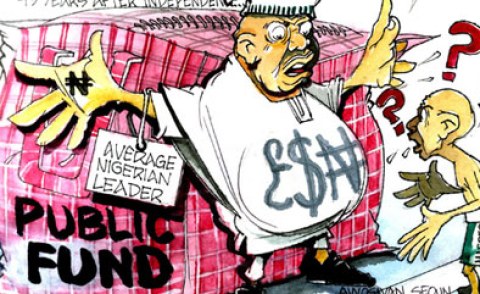 Nigeria Ranked 33rd Most Corrupt
Tagged:
Copyright © 2013 allAfrica.com. All rights reserved. Distributed by AllAfrica Global Media (allAfrica.com). To contact the copyright holder directly for corrections — or for permission to republish or make other authorized use of this material, click here.