Africa: Will It Be Famine or Feast for Africa As Big Food Retailers Look to the Continent? 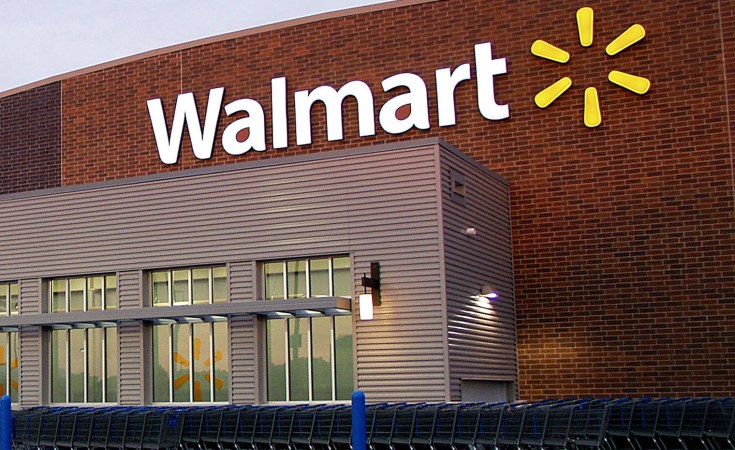 Multinationals such as Walmart and Carrefour could easily deal a blow to smaller traders and markets in Africa. But if they choose to work with local firms, they could be a blessing.

With Africa's middle-classes growing and its urban populations expanding, it is little wonder more and more international retailers are looking to the continent in the hope of finding new markets, new consumers, and new profits. One of the latest - and potentially most significant - new frontiers in this burgeoning trend is food.

The race to control the future of food consumption in Africa is well and truly on. In 2011, Walmart led the charge as it acquired the South African-based Massmart.

And last year, French hypermarket multinational Carrefour revealed its own intentions for the continent when it inked a joint venture with CFAO, a well-established international goods distributor which specialises in Africa.

Furthermore, last month, the London-based equity firm Actis revealed that it had set aside over $500 million for property development in Ghana and Nigeria, much of it specifically for Western-style malls which would almost certainly contain food supermarkets.

Meanwhile many other investors - such as AfricInvest, Agora, Cauris Management and Helios - have expressed an interest in financing African food retailers as they try to respond to new competition.

In assessing what this wave of interest could mean for Africa, it's worth looking to the experience of the US, as painstakingly detailed by John Kenneth Galbraith. From his point of view, the move to larger retail formats in the US was fundamentally rooted in an effort to 'countervail' or counteract the pricing power of manufacturers.

By growing into large chains and buying in bulk, Galbraith noted that food retailers were able challenge the market power of their suppliers. This meant that food prices for consumers dropped, but in the process, smaller 'mom and pop' stores and public food markets were largely condemned to the dustbin of history.

Now with big food retailers looking to repeat their successes as they expand into Africa, the local entrepreneurs and small and medium enterprises (SMEs) currently at the heart of African food retailing could be similarly under threat.

But, thankfully, this fate is not written in stone. In fact, new entrants to the African food market today have an unprecedented opportunity to reinforce the capacity of local players.

While they cannot be expected to save Africa's farmers markets, big food sellers could transform food distribution in ways that buttress employment generation and Africa's food cultures. But to do so they will need to treat the mass market as a genuine source of both demand and supply.

African traders who get food to the masses in big cities often have to navigate a treacherous road, both literally and figuratively. Market infrastructure, for example, tends to be exceedingly poor.

Rickety stalls, cramped quarters and deficiencies in the provision of cold storage, maintenance, power, sanitation and water services complicate life for food traders. Where and when these poor conditions predominate, food safety is a major concern.

Another set of challenges derives from the fact that many food suppliers remain small-scale and tend to be unregistered or informal. As such, they typically lack access to the level of credit necessary to re-invest in their businesses or to correct market failures.

For example, few have access to the funds necessary to combat the perishability of fresh produce through investing in processing and preservation. The informality of these markets also works against the expansion of the tax base, which means those charged with governing markets have few incentives to devote resources to improve food market infrastructure.

At the same time, however, it is important to stress that public markets can also be sources of empowerment and belonging, as we found in our research in Cameroon. They are sites of cultural interaction where recipes based on locally-sourced products are shared and social support networks are built.

Women in particular have reaped significant economic benefits from the massive growth of market-based entrepreneurship opportunities. Many in Cameroon chose to become so-called buyam-sellams out of necessity but now wish to build their quick and flexible money-making strategies into long-term businesses.

There is little doubt that the entry of big food retailers risks dousing these sparks of entrepreneurial desire.

If big retailers become powerful enough, they could choose to stock shelves with cheaper foreign products than those made locally. Employment generation and industrial development would necessarily suffer.

Similarly, if market landscapes came to be dominated by individual retail giants, those firms could employ their power to control the prices they charged. A singular drive for profit could contribute to food price inflation, while if competition persisted, these firms could easily use discount strategies to undercut public markets.

The power that retailers could exercise over their suppliers could be equally problematic. Insisting producers apply universal quality standards could make local businesses unviable. And if at the same time, big retailers used their control over consumer choice to push their customers to buy cheap foreign snacks, the diversity of diets and food cultures could suffer.

Fortunately though, these dystopian outcomes are not foreordained. By contrast, food retailing could be a powerful generator of African development.

The scaled up provision of finance could build the capacity of SMEs to help them provide consumers with the local products they demand. Funds to establish new facilities for the drying, freezing, processing or packaging of foods such as wild greens, spices and mangos so they meet global standards could create jobs.

Investments in animal domestication and husbandry for popular sources of protein, including cane rats, caterpillars and snails, could similarly yield enhanced sustainability. And moves by grocery chains to consistently stock these products could be a source of stability and dynamism for local suppliers.

In the West, nobody stopped to ask if retailers should be organise and expand to fight the power of the manufacturers. By contrast in Africa, we can be glad that nobody is going to stop civil society and NGOs from asking pointed questions about the continent's increasing reliance on big retail and what it will mean for local enterprises.

As occurred in Canada, the biggest players in this industry might eventually come to be some of the continent's biggest formal employers. If or when they do, the key will be to ensure that they generate a net positive impact on locally-oriented businesses and on the availability and accessibility of the foods that African families currently love to eat.

Tagged:
Copyright © 2014 ThinkAfricaPress. All rights reserved. Distributed by AllAfrica Global Media (allAfrica.com). To contact the copyright holder directly for corrections — or for permission to republish or make other authorized use of this material, click here.