Cape Town — While a number of African countries have recently made some progress in improving the quality of life of their people, nearly as many are backsliding, according to the latest United Nations statistics. And across the board, Africa continues to lag far behind the rest of the world in its levels of human development.

These are the broad conclusions that can be drawn from the snapshot provided by comparing country rankings for 2013 to those for the previous year, as published in the 2014 Human Development Index. The index, a project of the UN Development Programme (UNDP), measures quality of life by examining achievements in income, health and education.

Although Zimbabwe is ranked "low" - at 156th place among 187 countries - its improvement between 2013 and 2012 was the most dramatic in the world. Its ranking rose by four places. The UNDP said in a press release that this was a result of "a significant increase in life expectancy - 1.8 years from 2012 to 2013, almost quadruple the average global increase."

On the other hand, Libya's human development is classified in the "high" category but its ranking plunged the most - by five places to 55th place. This was a consequence of conflict contributing to a drop in income, the UNDP said.

Apart from Zimbabwe, better rankings were also achieved by Zambia, which rose two places, to 141, and by nine other countries, whose positions rose one place: the Democratic Republic of Congo (to 186), Lesotho (to 162), Morocco (129), Mozambique (178), Nigeria (152), Sierra Leone (183), South Africa (118), Tanzania (159) and Togo (166). However, the index nevertheless scores the DR Congo, Mozambique and Sierra Leone as among the world's 10 least developed countries.

However, Africa fares better if its rate of progress is assessed over the 13 years since 2000. Although sub-Saharan Africa has the highest levels of inequality in the world, it notched up the second highest rate of overall progress in the index between 2000 and 2013, the UNDP said in a press release.

"Rwanda and Ethiopia achieved the fastest growth, followed by Angola, Burundi, Mali, Mozambique, the United Republic of Tanzania and Zambia," the agency said.

Taking a global perspective, the UNDP this year placed considerable emphasis on reducing people's vulnerability to factors outside their control, and on building up resilience to avert the threats they face.

"High achievements on critical aspects of human development, such as health and nutrition, can quickly be undermined by a natural disaster or economic slump," the report said. "Theft and assault can leave people physically and psychologically impoverished. Corruption and unresponsive state institutions can leave those in need of assistance without recourse."

It suggested that "real progress" in improving human development depended not only on improving people's education, health, safety and standards of living, but also "on how secure these achievements are and whether conditions are sufficient for sustained human development. An account of progress in human development is incomplete without exploring and assessing vulnerability."

Providing an African take on the issue, the director of the agency's Regional Bureau for Africa, Abdoulaye Mar Dieye, added that "withstanding crises and protecting the most vulnerable, who are the most affected, are key to ensuring development progress is sustainable and inclusive."

No African country is in the "very high" development category, and only the north African and island nations of Libya, Mauritius, the Seychelles, Tunisia and Algeria fall in the "high" category.

The 10 countries in the world with the lowest development levels are, from the bottom, Niger, the Democratic Republic of Congo, the Central African Republic, Chad, Sierra Leone, Eritrea, Burkina Faso, Burundi, Guinea and Mozambique.

World Must Step Up to Beat Poverty By 2030 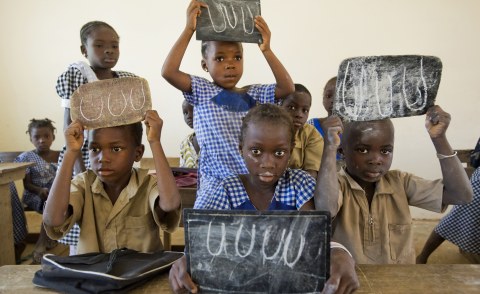 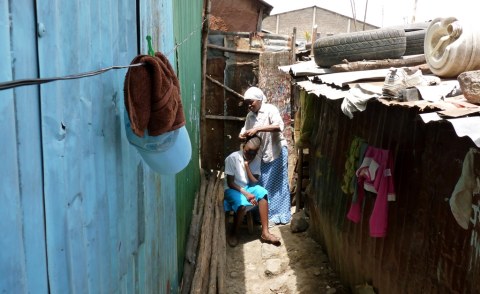 Beating Poverty in Africa - Where to Start

Africa's 3 Richest Men Have More Wealth Than Poorest 650 Million
Tagged:
Copyright © 2014 allAfrica.com. All rights reserved. Distributed by AllAfrica Global Media (allAfrica.com). To contact the copyright holder directly for corrections — or for permission to republish or make other authorized use of this material, click here.