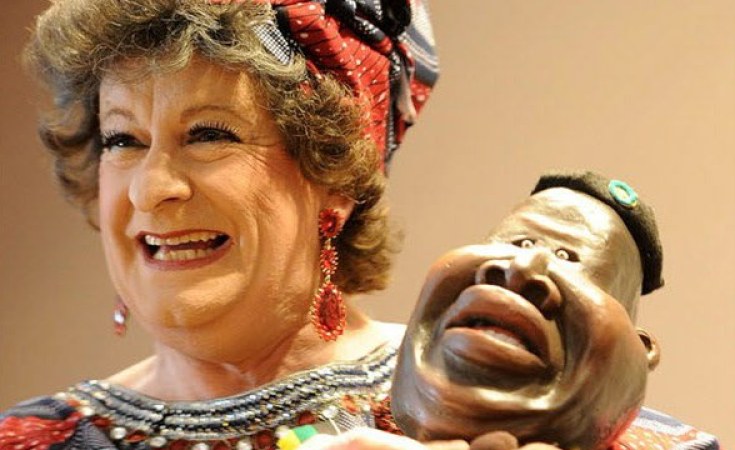 Comedian Pieter-Dirk Uys fought apartheid with humour. Today he calls out political hypocrisy and celebrates the contradictions and absurdities of South Africa.

When Pieter-Dirk Uys gets on stage, no one and nothing is safe. Whether through his incisive impressions of well-known figures or his mimicking of ordinary South Africans, his sharp satire touches on all the facets of South Africa's collective memory, making fun of everybody and anybody.

Pseudo-liberal white activists are hung out to dry alongside their hard-line apartheid-supporting counterparts, while Desmond Tutu is treated to the same exuberant parodying as the likes of P.W. Botha and Robert Mugabe. Uys always maintains, however, that he never mocks people - only their attitudes.

Uys, who is now 68, has been performing on stage ever since 1982 when, as a gay white Afrikaner and anti-apartheid activist, he began to use his humour and keen sense of observation to fight oppression. His drag act as conservative stalwart Evita Bezuidenhout ended up being his most powerful weapon, and she went on to become his most famous alter ego.

Evita made her debut in his first show 'Adapt or Dye' (1982) which played on the fraught politics of colour in South Africa, and earned Uys much suspicion from the South African Censorship Board and media.

Evita was an Afrikaner tannie (which literally means 'auntie', but is broadly used as a term of respect for older Afrikaner women), a resident of the Transvaal, a supporter of the apartheid-governing National Party, and ambassador of the fictional homeland Bapetikosweti. Her musings on stage comically underlined many of the absurdities of apartheid and she quickly became "the most popular white woman in South Africa" as well as a political figure in her own right.

Evita, however, was not loved by all of course, and Uys' drag act incited homophobic abuse as well as ire from apartheid officials - which didn't stop him continuing to provoke them.

At one point, Uys even wrote a letter to the Minister of Police as Evita, complaining about Uys' offensive impersonations of her and demanding his imprisonment. The response he got, addressed to Evita care of Pieter-Dirk Uys, courteously explained that the Minister would love to imprison him but that the prisons were already full with everyone else.

"Your enemy will always have a sense of humour," Uys reflected, and it was perhaps the authorities' dismissal of Uys as simply a clown - as well as the colour of his skin - that saved him from the brunt of the oppressive laws of 1980s South Africa.

Thirty years on from his stage debut and twenty years into a post-apartheid South Africa, the power of comedy to overcome fear is still tangible in Uys's act, although audiences presumably laugh more easily now that apartheid is over. His satire finds new targets today; apartheid is dead but hypocrisy - the "Vaseline of political intercourse" - is alive and well.

In the 2007 documentary Darling! The Pieter-Dirk Uys Story, Uys affirmed that Evita would always move with the politics of the time, and she certainly has. After South Africa's first free elections, for example, she renounced her National Party history, becoming an ANC voter instead, and claims to have cooked traditional Afrikaner bobotie and koeksisters for Nelson Mandela during his entire tenure in office.

She even interviewed Mandela in 1994, became friends with Desmond Tutu, and, more recently started a Twitter feed whose 70,000-plus followers demonstrate the extent to which she has transcended her maker.

However, Uys is also far more than just Evita, and he too has taken on new battles since the fall of apartheid. For instance, in 2000, in the face of President Thabo Mbeki's AIDS denialism, he began visiting hundreds of schools across the country with his AIDS awareness workshop For Facts' Sake.

On these projects, he appeared as himself and spoke frankly, as well as comically, to students about sex and protection in an environment where embarrassed silence usually prevails.

Uys also continued to criticise politicians for the crisis and suggested that the spread of AIDS had become a "genocide" partly allowed by the government's insistence that HIV had no connection with AIDS and its refusal to provide antiretrovirals. He was also appointed to the board of directors of the Desmond Tutu HIV Foundation.

In his comedy today, Uys emphasises that despite South Africa's myriad problems, there is always good news amongst the bad. The balance between optimism and satire is a difficult one to strike, but Uys somehow manages it as he discusses issues such as tik (the crystal-meth-based concoction ravaging communities across the country), rape and xenophobia, whilst still talking of hope and progress.

On the one hand, Uys' comedy is as pointedly political as ever, and his impersonation of Grace Mugabe, for instance, highlights worries over South Africa's neighbour and over the possibility of South Africa "taking the short road to Zimbabwe." Uys wryly mentions that when he first included Grace in his cast of characters, he didn't expect to still be doing the impression 20 years later.

But, on the other hand, Uys' routine is also deeply personal, and his personal narration of experiences as a gay white Afrikaner gives an edge of pathos and intimacy to the overall comic performance. Liberation, Uys whispers, was not just about elections but also about erections, as he recounts illegal inter-racial trysts in his youth.

His accounts convey a sense of otherworldliness for the majority of the audience who didn't know apartheid first-hand, whilst also bringing us closer to understanding that strange time. And his frank treatment of white Afrikaner guilt as well as the contradictions of today's South Africa is cathartic and much needed.

Uys unites the country not by rewriting its dark history but by inspecting it closely, taking stock, laughing about its absurdity, and moving on to champion the issues of tomorrow.

Visit Evita's home here. An Audience with Pieter-Dirk Uys is on at the Soho Theatre in London until Sunday 27 July.

Recently graduated from Oxford University, Helen is editing and writing for Think Africa Press in the summer before she starts her Masters in African Politics at SOAS, London.

She is of South African origin and lives in France. Her interests are in Truth and Reconciliation Commissions, France-Africa relations, and youth urban culture in Africa. Follow her on Twitter at @helenmariareid. 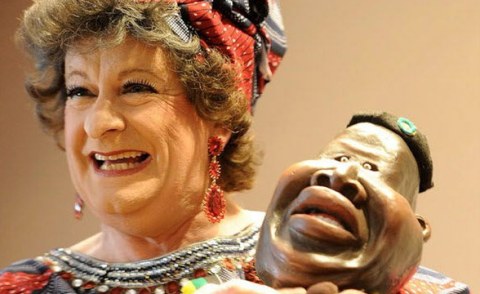 Pieter-Dirk Uys - A Life of Activism 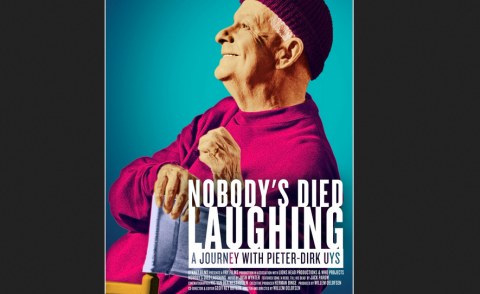 South African Comedian Pieter-Dirk Uys Celebrated in Documentary
Tagged:
Copyright © 2014 ThinkAfricaPress. All rights reserved. Distributed by AllAfrica Global Media (allAfrica.com). To contact the copyright holder directly for corrections — or for permission to republish or make other authorized use of this material, click here.