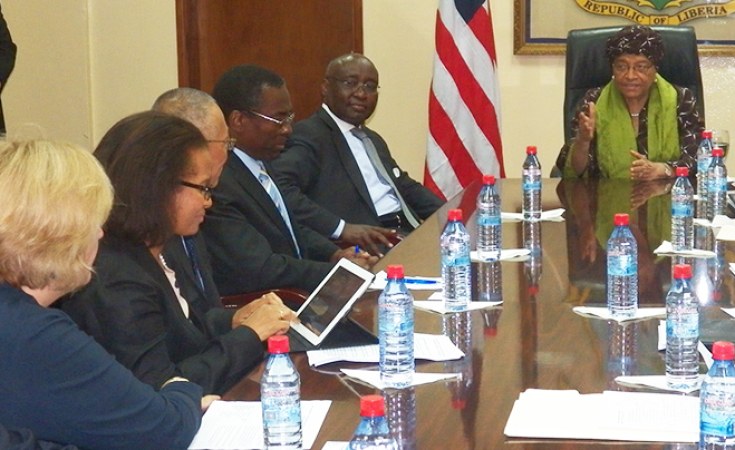 On a two-day trip (on 26-27 August 2014) to Sierra Leone and Liberia, two countries affected by the Ebola outbreak, African Development President (AfDB) Presdident Donald Kaberuka, warned against "unnecessary stringent measures" imposed on affected countries by some airliners and governments.

"I understand the countries which are posing restrictions ... but let us only do so based on medical evidence and not on political imperatives," said Kaberuka. The World Health Organisation (WHO) has repeatedly advised against such bans, warning they could cause food and supply shortages. Kaberuka warned businesses, especially people who are imposing "unnecessary stringent measures" against worsening situations in the Ebola-affected countries, saying: "let us not panic and make the situation worse."

As transport companies suspend services, cutting off the region, governments and economists have warned that the worst outbreak of the hemorrhagic Ebola fever on record could crush the fragile economic gains made in Sierra Leone and Liberia following a decade of civil war in the 1990s. 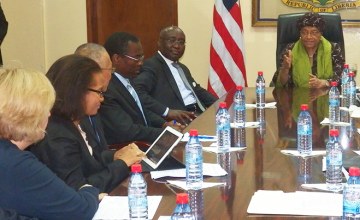 The President of the African Development Bank Group (AfDB), Donald Kaberuka, and the World Health Organization (WHO) Regional Director for Africa, Dr. Luis Sambo, on Tuesday, August 26 signed a Memorandum of Understanding (MoU) cementing a US $60 million Bank grant to help strengthen West Africa's public health systems in response to the Ebola crisis.

"Revenues are down, foreign exchange levels are down, markets are not functioning, airlines are not coming in, projects are being canceled, business people have left - that is very, very damaging," the AfDB chief emphasised. Liberia government has already said it would have to lower its 2014 growth forecast.

During his meetings Kaberuka assured Liberia President, Ellen Johnson Sirleaf, and Sierra Leone President, Ernest Bai Koroma, as well as representatives of development partners that the AfDB stands ready to provide the necessary assistance to help to contain the crisis.

He added that the AfDB is already working closely with governments of affected-countries to ensure that Ebola can be eliminated. But, he noted, "We have also to think positive of Ebola," considering the economic impact it has on the affected nations.

At a joint press conference held with President Johnson Sirleaf, Kaberuka announced that the Bank and the WHO signed a US$60 million grant on Tuesday, 26 August 26, 2014 in Abidjan, Côte d'Ivoire. The Bank donated that grant towards essential supplies to help train medical workers and purchase supplies to fight the outbreak. Some $15 million will be disbursed in September, Kaberuka said, expressing hope the donation would stop money being diverted away from other programs such as education and agriculture.